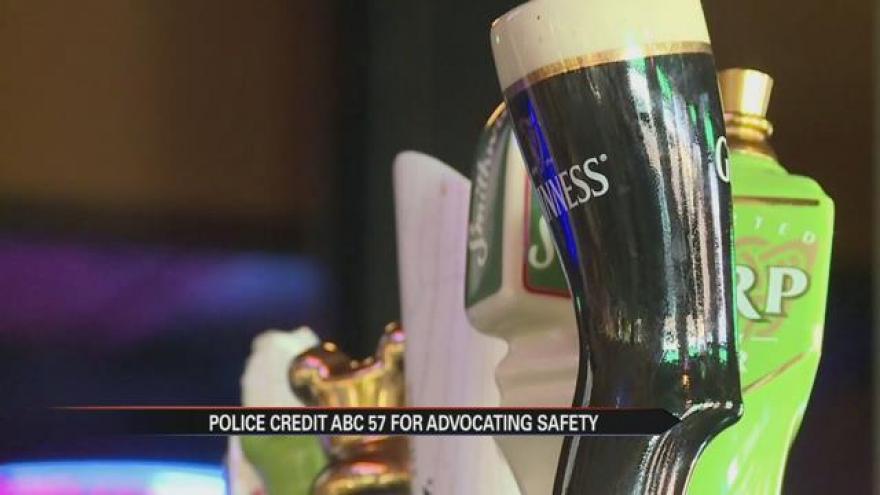 New Year's is a time where the alcohol is sure to be flowing, and that often leads to impaired drivers on the roads. But Mishawaka Police say that numbers locally have gone down. And a major part of that has been our stories here at ABC 57.

Because of stories we've aired here on ABC 57 news, Mishawaka Police have made only one New Years drunk driving arrest in the last 2 years, according to the department.

"It's harder for our officers to catch the drunk drivers. I remember when some of our guys were catching two or three a night," said Lt. Tim Williams.

That also meant no alcohol related crashes. And no fatalities as a result.

"It helps us save lives in our own community and it's very important that we do something like this," said Williams.

Tim Williams with the Mishawaka Police says our annual ride-alongs with the force have led to a gradual yearly decline in the number of impaired drivers. Partygoers see our stories, and make better choices as a result.

"A big milestone. It shows how much information is getting out to the public because they are changing their habits and changing the way they do things," said Williams.