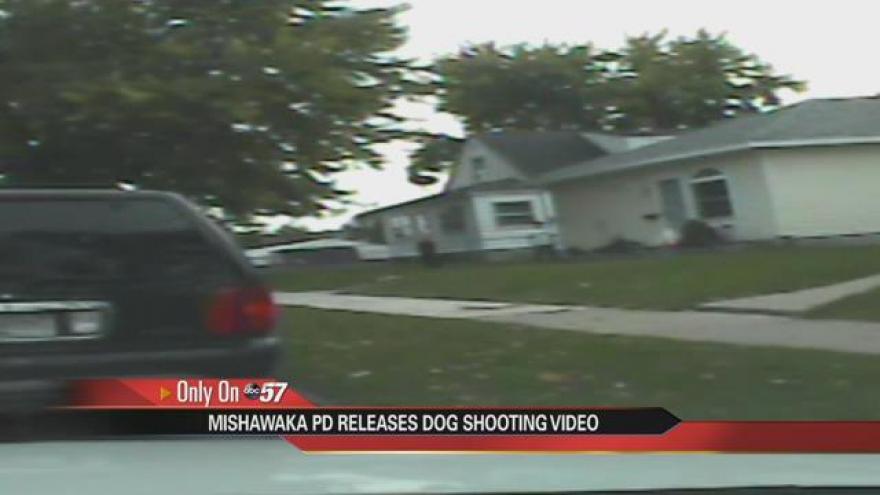 Mishawaka Police have released video of one of their officers fatally shooting a local family’s dog.

The incident happened October 25th around  5:30 p.m. in the front yard of a home on Meridian Street.

Police say the officer was responding to the home looking for a missing teenager.

“If we are rightfully where we should be helping the public, we should be able to protect ourselves and that’s what happened here,” said Assistant Chief Jason Stefaniak.

The video from the officer’s dash cam shows him knocking on the door several times with no response. Police say while the home had a fence, the gate was left open.

According to officials, the homeowner didn’t hear the officer calling for them and let the dog out the back door of the home.

“Running at full speed towards him, his only course of action was to react,” said Stefaniak.

Police say the dog was baring his teeth at the officer and looked like he was going to attack him. When the dog lunged at the officer, he shot him.

With just seconds to react, Stefaniak says shooting the dog was what any reasonable officer would have done.

“A dog lunging at you, there’s just not time. For him to think ‘I’ve got to get my taser out, activate the taser, turn it out then get a good shot’ and actually hit the dog twice is impossible,” said Stefaniak.

Stafaniak says the officer acted accordingly and they consider the investigation complete.