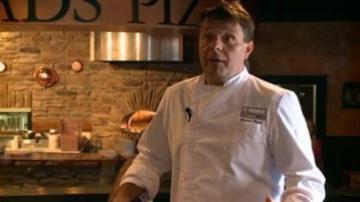 Pork from South Bend, duck from Culver, wine from Buchanan, and even vodka from Mishawaka were showcased at the “50 Mile Dinner” at Corndance Tavern in Mishawaka on Wednesday.

Owner and Head-Chef George Pesek says he thought up the event because he prefers local, naturally grown foods.  He also wanted to share his experience of coming to Indiana and being skeptical of what local produce he could buy.

"I was very skeptical because, you know, Indiana.  You're thinking corn, soybeans,” described Pesek.  “But, we were absolutely shocked at how much product is out there."

Pesek also owns his own farm near his other location in Culver where he grows vegetables and raises bison.  The reason for the 50-mile radius is because his farm is about 45 miles from South Bend.  But, he also wants to highlight all the other farmers who’ve provided more nutritious and better tasting produce.

"We always felt that we would like to do something to spotlight the farmers," he explained.

One of the farmers spotlighted is Curtis Montgomery who owns New Road Natural Farm in South Bend.  He supplied some vegetables, but his biggest contribution was a pig weighing over 400 pounds.

"It's actually the first animal that we've slaughtered off of our farm," said Montgomery.

Montgomery started his farm two years ago with his sons.  He doesn’t use pesticides on plants and uses no hormones and only natural food for his animals.  Like Pesek, he’s trying to show people how much healthier and tastier natural food is.  So, when Pesek approached him offering to buy a pig for the dinner he jumped at the chance.

Pesek is pretty strict about his 50-mile rule, he actually read his odometer before offering to buy a pig from New Road Natural Farm.

The dinner did turn into a success, the $100 tickets sold-out completely.  Pesek is hoping the dinner will inspire people to join a growing movement of people shopping exclusively from local providers.

"I think with this continuous education, if the movement can really get huge it will benefit everybody, the consumer and the farmer," he explained.

Pesek plans to offer 50-mile meals monthly.  For his next event he’s planning to recreate meals served to first-class passengers on the Titanic.