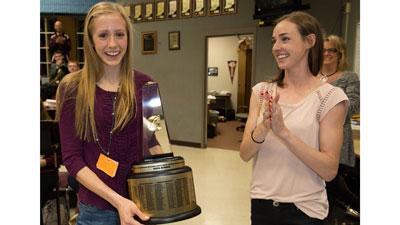 Mishawaka High School student Anna Rohrer was named the 2014-15 Gatorade National Girls Cross Country Runner of the Year. She was surprised Wednesday morning at school with the honor.

The award recognizes outstanding athletic excellence as well as academic achievement and character on and off the course.

Rohrer is now a finalist for the Gatorade Female High School Athlete of the Year.