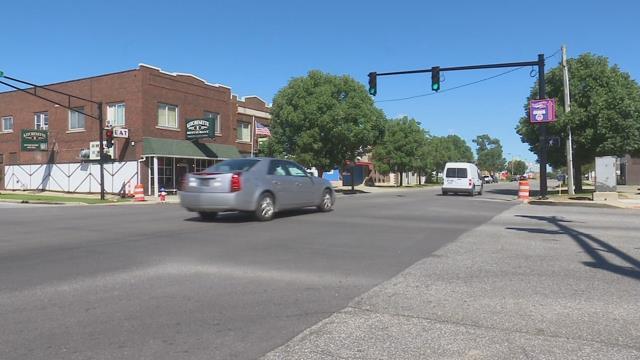 The north and south sides of the city saw three new roundabouts, and sections of heavily-traveled streets converted into two-way.

Drivers have mixed opinions of the changes.

“I’m a big fan of the roundabouts, mostly because it creates less emissions and if any accidents happen they’re less tragic of accidents,” Madelyn Hauersperger said.

“I work over at Angelo’s Family Restaurant, and we were very busy all weekend with the game in town and all of that, but the traffic wasn’t as bad as it normally was,” Cobb said.

There are also those that think the new roundabouts and two-ways aren't so 'smart.'

She says drivers are so confused now that the street is a two0-way and one lane, they had to make their own signs to keep customers safe.

“Our older customers aren’t used to that. It’s been that way for 20 to 25 years,” Laszawski said.

Laszawski says the changes have also slowed things down on the south side, with a single lane for each direction, and a reduced speed limit of 25 MPH on Main south of downtown.

“This is significant. Traffic is just kind of crawling along. It’s not open for you,” Laszawski said.

“We certainly wanted the traffic to move a little slowly but it will move more steadily throughout the city. We’ll certainly take again note of how traffic is flowing and make adjustment,” Kain said.

Kain says to remember the Smart Streets construction is not yet complete, and the sections that are, are brand new.

“People will have to start to understand what best route to take for them to get from point A to point B, and that doesn’t really happen overnight,” Kain said.