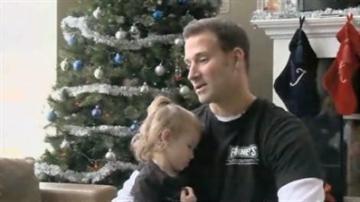 ST. LOUIS -- A hero is emerging out of St. Louis and he's a Mixed Martial Arts fighter.

Police said a robbery suspect was fleeing the scene of a grocery store in St. Louis when Jesse Finney, a MMA fighter, stopped him in his tracks.

Finney, trained in kickboxing, saw the man fighting with a store employee when he quickly pinned him to the ground

"I was lucky enough that I was able to use my martial arts experience,” said Finney. “I feel like a lot of people feel like, ‘Oh since you're a MMA fighter you know you're a mean guy, you're a tough guy or you're a bully,’ and a lot of times it's just the opposite."

Police are expected to charge the robber for theft of items under $500.