Heavy rain, hail, and wind impacted the Twin Cities area, all thanks to severe storms Monday afternoon. Just take a look at this video coming out of the city of Watertown, Minnesota!

Heavy rainfall and even hail can be seen coming down in sheets! Luckily, the person taking this video is inside, which is exactly what you want to do at home. This is just one example of what the Twin Cities and portions of Wisconsin were dealing with yesterday afternoon as severe storms were rolling through the area. 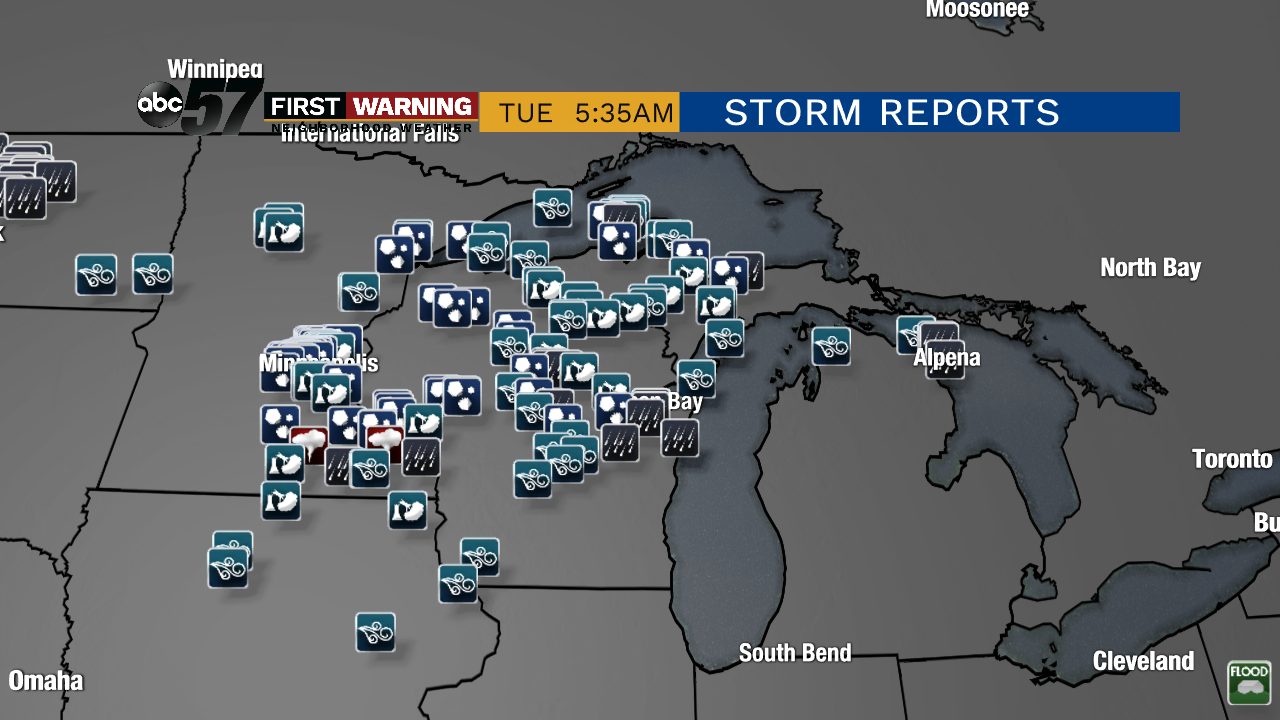 In all, about 32 wind reports were counted across Minnesota and Wisconsin along with 50 hail reports. 10 of of those 50 hail reports were for tennis ball size hailstones or larger! And there were even a few funnel cloud reports, but luckily, no confirmed tornadoes as of this morning.

These storms creating problems for the Upper Midwest Monday calmed down overnight before moving into Michiana Tuesday morning. We definitely need this rain we're seeing this morning and throughout the day today, but will it be enough to close the growing gap? 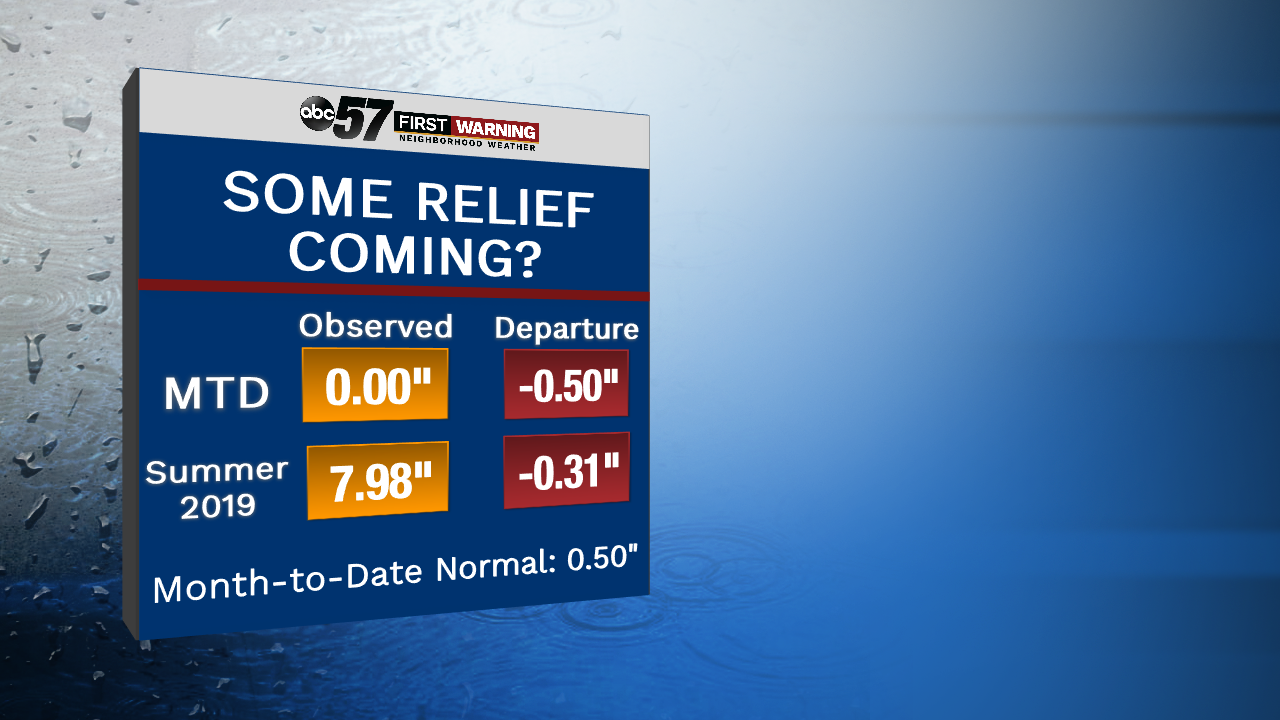 For the month of August, we haven't had anything across Michiana so far, so today is the first round of widespread rain this month. Already for august, we're about a half inch behind schedule. That doesn't sound like much, but since we've been so dry for so long, it may be difficult to bridge that somewhat small gap. And it's amazing to look at the two halves of this summer. Back in June, it was wet for much of the area. We even had a couple rounds of minor street flooding in south bend thanks to downpours. But in July, especially the last half, the rain has essentially stopped entirely up until this morning. 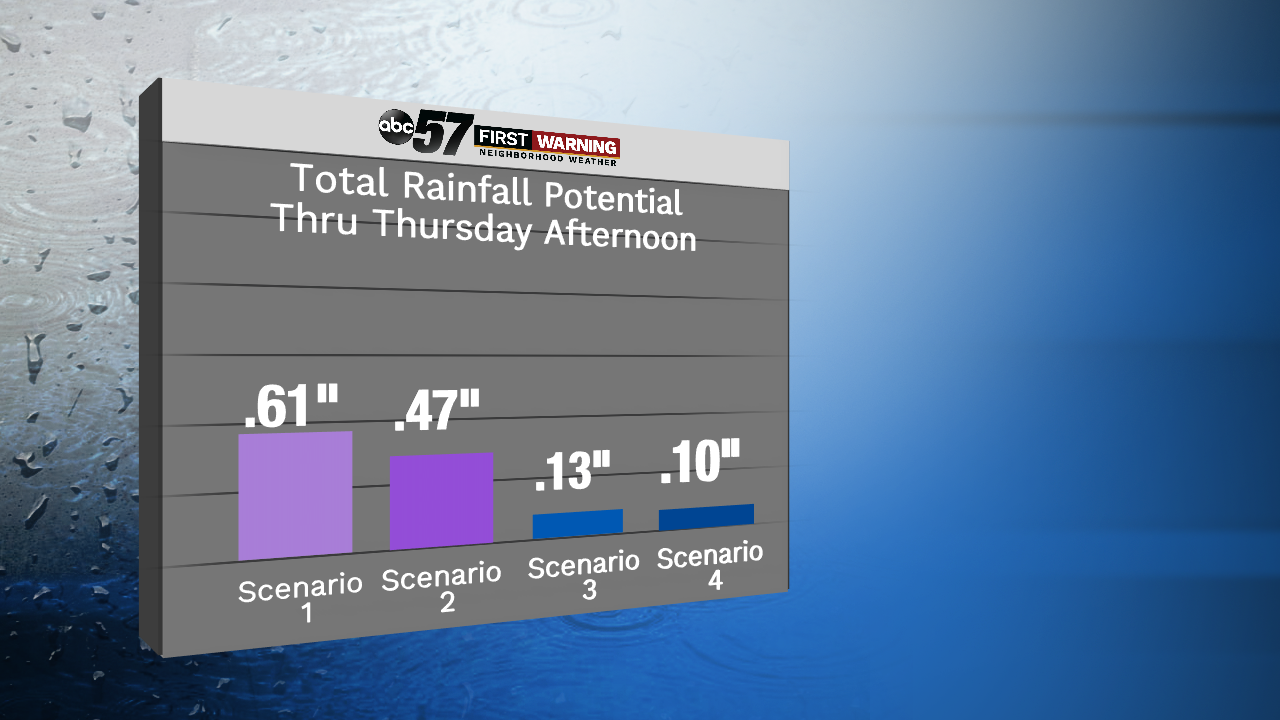 And looking forward, another chance of rain coming Thursday may add a little extra to this morning's rain. With these expected totals of around a half inch or less, it'll help green things back up in the short term, but we'll need more next week to keep everything healthy.