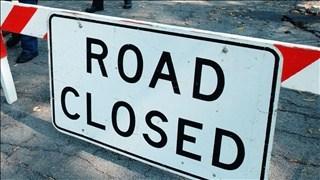 The railroad crossing on Monroe Street in Elkhart will be permanently closed this week, according to a press release from Mayor Tim Neese's office.

The closure is part of the Prairie Street overpass project and was expected.

The city says the decision was made to close the crossing permanently because of its proximity to existing crossings and low volume of traffic.

Norfolk Southern will be placing concrete barricades either Tuesday April 5 or Wednesday April 6.

The Elkhart Traffic Department will also be placing barricades with reflective tape on either side of the crossing, and “road closed ahead” signs at Monroe and Virginia and Monroe and State.

A suggested detour is Middlebury to Richmond to Division Street, according to the mayor.