From rain to mix to snow, we have had it all this month. The big reason is, what we call, a Greenland Block or a negative North Atlantic Oscillation (NAO). For now, we will stick with Greenland Block.

A Greenland Block is named after a high pressure air mass that is stationary over Greenland. It keeps the arctic region’s weather conditions calm, stable and warmer than normal. As it sits stationary, all other weather systems have to spin around it, to its south, and this means most of them end up traversing the Midwest and East. 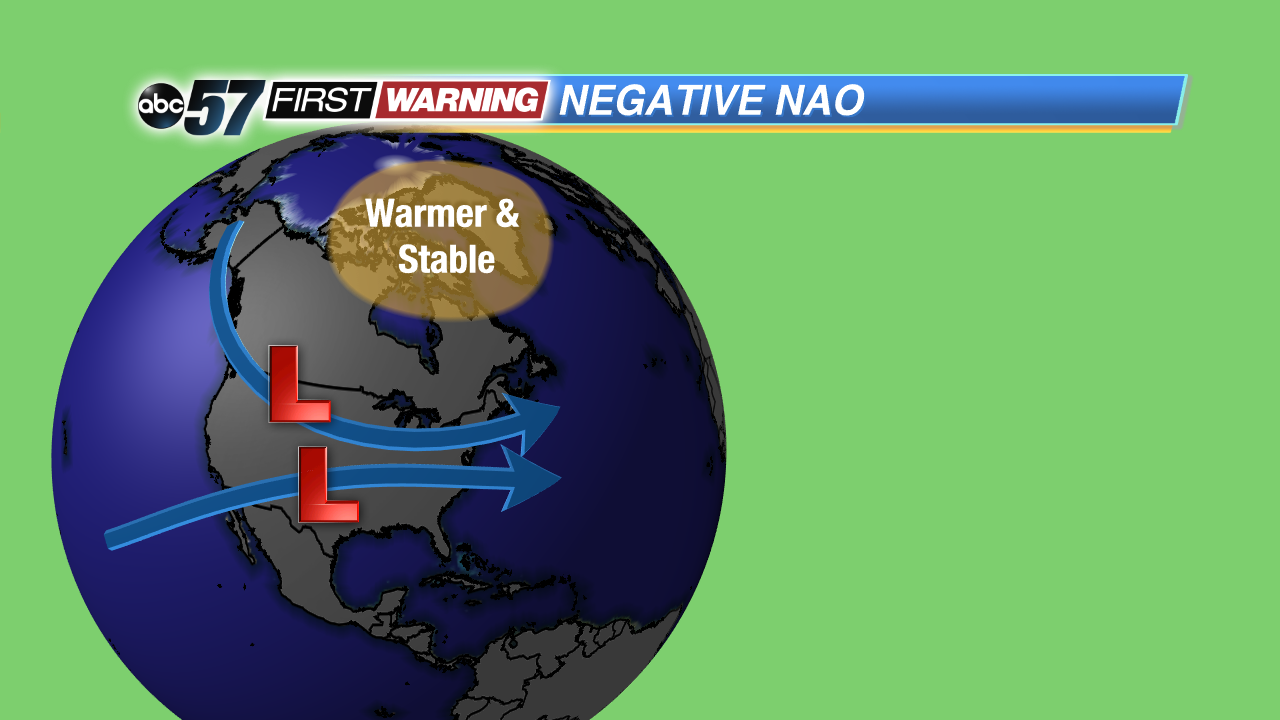 As a result, Michiana has more precipitation in the form of rain, snow and mix. Our area also has cooler temperatures, since the warm air from the south does not have the chance to travel far northward, before the next low pressure system sweeps it away.

The Greenland Block has had a dramatic impact on the Midwest this March. In South Bend, snowfall accumulation for the month is already 3.5 inches more than normal. With 7.6 inches total accumulation, South Bend has already received more snow than normal for the entire month of March. In addition, the average temperature is 8 degrees cooler than normal. 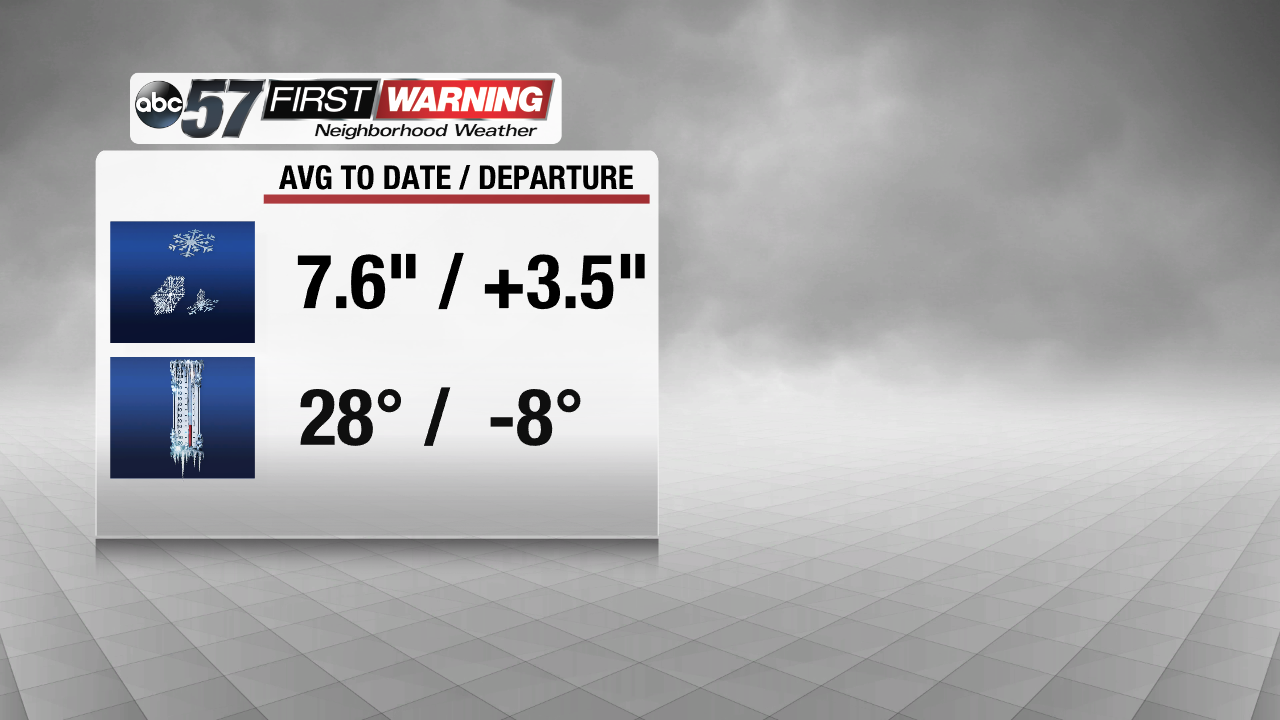 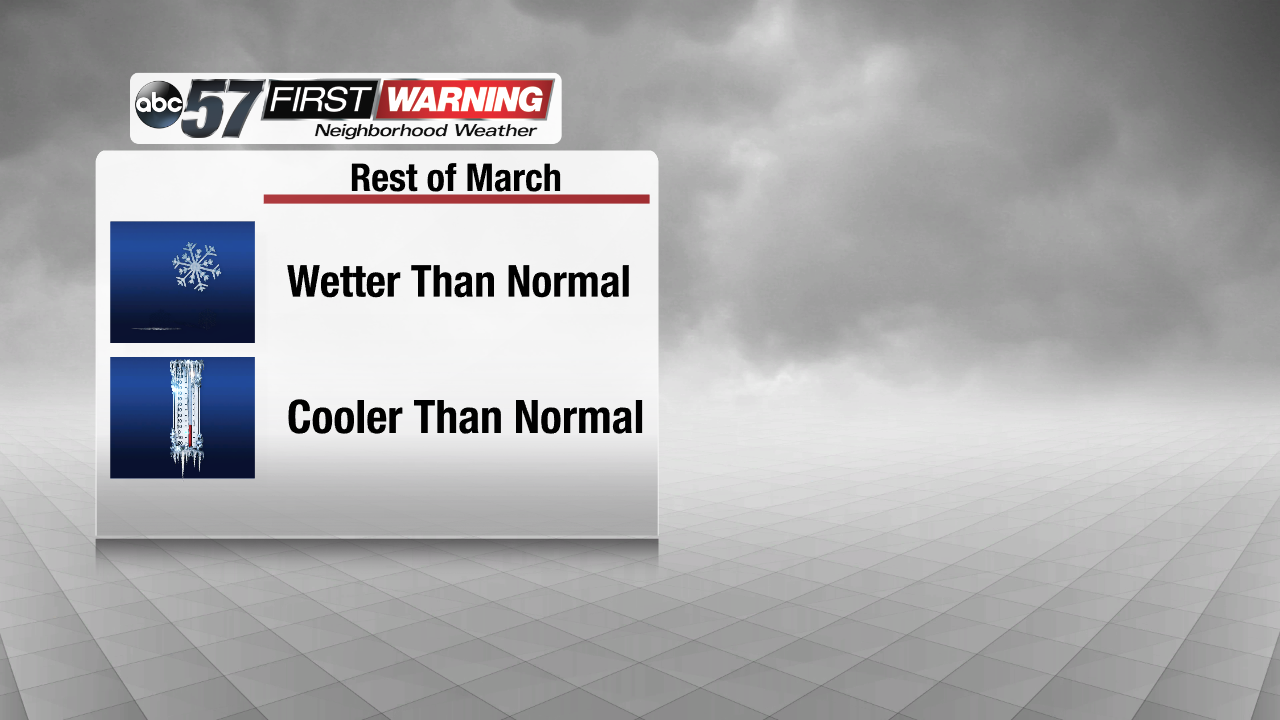 This is probably not what we want, as we are exactly one week away from the official start of spring. However, the Greenland Block is expected to stay put through the end of March. What does this mean for Michiana? Temperatures will stay cooler than normal, and we will be wetter than normal, with more chances for rain, snow and mix.

According to ensembles provided by the Climate Prediction Center, the currently negative NAO may transition to a positive NAO for the start of April, meaning no more Greenland Block. Fingers crossed.