Over half-an-inch of rain fell during Wednesday’s storms, just a week ago South Bend had a daily record high of 1.72" in one day, and of course, we cannot forget February's historic flooding. Heavy rainfall events are on the rise, because of climate change.

The way it is connected, is that the more the earth warms, the more the oceans, rivers and lakes evaporate water into the air. For every one degree rise in global temperature, the saturation of the atmosphere increases by around 4%, and with a more saturated atmosphere, there is more water available to fall to the ground as precipitation.

As you can see on this map by climate central, there has been a 42% increase in extreme precipitation events across the great lakes region since 1958! 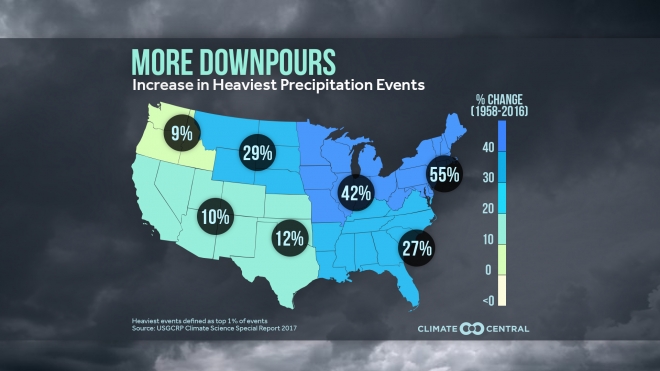 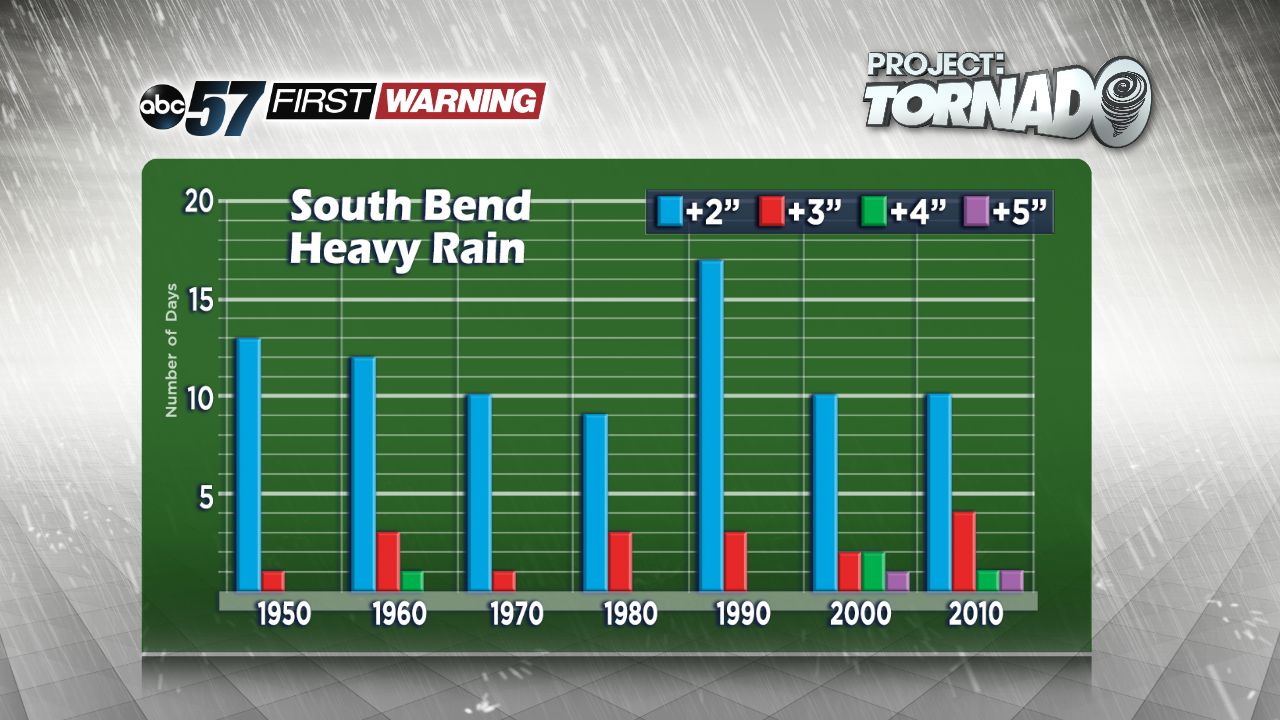 We have some heavy rain possible by the weekend. Check in with ABC57 News for the threat of heavy rain and flooding.