More trouble in the skies 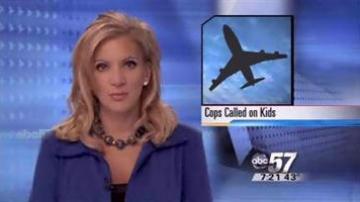 More trouble in the skies this week, members of a flight crew on a Skywest flight had to deal with unruly and uncontrollable kids

The crew had to call the police after two children repeatedly refused to fasten their seat belts.

The kids were 3- and 8-years-old, and were with their parents on the flight from Long Beach to Portland.

According to airline officials, the kids disobeyed the captain and flight attendants orders.

Police met the flight in Portland, and had to discuss airline safety and regulations before the family could board their next flight.

The name of the family was not disclosed.