Mother hides with her children during home invasion 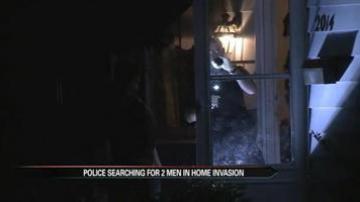 SOUTH BEND, Ind. -- South Bend Police are investigating a home invasion that happened on Swygart Avenue Monday evening. A mother and two children were home alone when two armed men kicked in the door and stole some of their belongings.

Police say the suspects were wearing sweatshirts and their faces were covered.

The mother hid with her children in their room while the suspects broke down the door and went to her bedroom.

"She notices after a few minutes the suspects pass by the door, they depart, that's when police are called," said Captain Phil Trent of the South Bend Police Department.

One resident of Swygart Avenue says she has been the victim of a home invasion and that crime on the street is increasing.

"It's too close to home for me," said the resident who did not want to be identified.

She has lived on Swygart for 37 years. She says home invasions are nothing new. She has been a victim before.

"They got up inside the house it was at night, and if it wasn't for my dog, I don't know what would have happened because there was 3 of them. One of my windows was shot out in the basement. I don't know, I think they are just looking for what they can take," she said.

Police say the mom's instinct to hide and protect her kids kept this crime from becoming a tragedy.

If you have any information on the suspects in this home invasion, call the South Bend Police Department.