The mother of the three children killed at their bus stop allegedly attempted to charge at Alyssa Shepherd during Shepherd's sentencing hearing Wednesday afternoon.

Ingle has been preliminarily charged with misdemeanor battery.

Ingle's three children, Xzavier Ingle, 6, Mason Ingle, 6, and Alivia Stahl, 9, were killed when Shepherd failed to stop her truck for a stopped school bus on SR25.

AngyChenowith 35 days ago
I feel for everyone involved in this case and any case involving children. I lost a grand daughter 3 yrs. ago and I'm still reeling from it. You just NEVER get over losing a children, you are just forced to find a new kind of normal.Learning to live without them children is hard enough for this mother. I don't feel that she should have been arrested, but people can not go around hitting others just because they feel no justice has been served. As for the driver I can not image the pain she has to feel knowing she caused this.But the driver still needs to be punished for the accident. Driving is a privilege and needs to be treated as such.Very sad situation, may they all find peace in their memories of the precision children. Gone to soon, but forever loved.

AngyChenowith 35 days ago
I feel for everyone involved in this case and any case involving children. I lost a grand daughter 3 yrs. ago and I'm still reeling from it. You just NEVER get over losing a children, you are just forced to find a new kind of normal.Learning to live without them children is hard enough for this mother. I don't feel that she should have been arrested, but people can not go around hitting others just because they feel no justice has been served. As for the driver I can not image the pain she has to feel knowing she caused this.But the driver still needs to be punished for the accident. Driving is a privilege and needs to be treated as such.Very sad situation, may they all find peace in their memories of the precision children. Gone to soon, but forever loved.

Kat 37 days ago
As a mother who's child has died, I can completely understand her anger amidst the grief. UNTIL you loose a child, don't you dare judge. 7 years out and I still have plenty of anger and rage. and sadness. I only lost one, can't imagine 3. All the people who have NOT lost a child should not make comments. I will never get over the loss of my child, nor will she. I hope for some peace to her during this MOST difficult time.
Like (1) Reply Delete

CrazyHorse Kat 37 days ago
Oh, b.s.! I lost a daughter. I didn't get violent toward the people responsible although in my heart I've always hoped they would die in a fiery wreck. Anyone on these forums can comment on whatever they want like you just did. They can judge people like you just did. We still have a First Amendment in this country. This is a forum for the public. What's this 'don't you dare' crap?? Pathetic. Who do think you are?
Like Reply Delete

shawnrandall Kat 36 days ago
Yes, this is public and people can comment however they wish to.
Like Reply Delete

shellsbells 37 days ago
The fact that she only received 4 years is a slap in the face to this mom. I don't blame her one bit for being upset and hitting the girl, she deserved it.
Like (2) Reply Delete 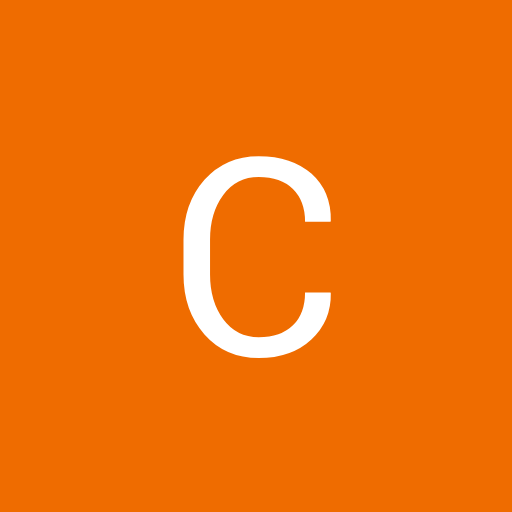 Chris shellsbells 36 days ago
I dont blame the mom for being that angry after what she went through but I wouldnt say the woman deserved it. It was an accident, a horrible one yes but she didn't intentionally kill those kids.
Like (1) Reply Delete

dgm 37 days ago
I would have used a lot more than just my fists.
Like Reply Delete

LeslieCBlenkhorn 37 days ago
This poor mother has been charged, are we insane, are you kidding me and the texting fool who killed her kids gets only four years.
Like (1) Reply Delete

Chris LeslieCBlenkhorn 36 days ago
I understand the 4 years sentence given that it was an accident. However they shouldn't have pressed charges on the mom for this. After losing her 3 kids of course she's going to be angry and not thinking clearly.
Like Reply Delete

LeanneChristineFacer 37 days ago
I can TRY to step in to either side’s shoes, but I could never feel the pain and constant thought of the loss and tragedy to the extent they must feel. I’m conflicted because I’m on the outside thinking there’s no way she meant to kill three children when she woke up that morning. And yet to live two very long years without my three children (who are now 32,29 and 23) would never be something I would get over. I would take it to my grave. I would be forever changed. I would be haunted by what they would be doing were they still alive each day. She had two years to boil in her grief. I am not surprised by her actions. I could never condemn her for them. Maybe I would do the same. I can’t know that I wouldn’t. But I can’t condemn the driver as well for a horrendous mistake. And with as much as I’ve thought about this I honestly don’t know what an appropriate sentence would be. Depending on how I was related to either party I would most likely come up with different answers.

It’s an ugly and tragic event that wouldn’t even have happened had she stopped for a soda or missed a light. Just one minute of difference and we would not be having this discussion. I can’t imagine living in either woman’s headspace. I would lose my mind. I wouldn’t want to live. The amount of strength and courage to get out of bed and function is something I don’t ever want to know if I possess.
Like Reply Delete

MiyaClark 37 days ago
No, she didn't do what any mourning parent would do. I've known mourning parents and none of them were violent, especially two years after the deaths of the children. Ingle had tons of money, access to therapy, a new home and an overwhelming supportive community and legal support. But she whined, when a medicated Ms. Shepherd didn't show enough 'remorse' for her. She accused her of being 'cold'. Today, Ms. Shepherd was emotional as she spoke to the court. The 'remorse' was in her voice, but what happened? Was that enough for Ms. Ingle? Nope. She lunged and hit the defenseless Ms. Shepherd. And that says everything I need to know about Ms. Ingle's character. Any idiot who thinks that criminalizing an accident and incarcerating people for their mistakes (not crimes, mistakes), shouldn't play any role in the justice system. There is nothing you can do to Ms Shepherd that her conscience hasn't already done. By criminalizing her error, the system is adding additional casualties to the four already on record. There is no peace to be found in hatred and destruction. Ingle's followers don't get that, they only see anger, rage, and darkness. A reflection of themselves, actually. It's chilling. I wish Alyssa and her family well. I will be reaching out to them to ensure that their needs are met. I will aid this family in their crisis.
Like (1) Reply Delete
Load previous comments

Frankie MiyaClark 37 days ago
I somewhat agree with Miya. Yes, she ran through a stop sign that she did not see, yes she left the scene of the accident, and yes in the mother's mind showed little remorse. It was still an accident. Do you think she wanted to kill 3 kids. This could happen to anyone and although a terrible tragedy, it still was an accident. If she was not texting or on drugs or alcohol I see this as a terrible accident. People have to see both sides of this even if it involves three precious kids lives. The hate you are showing towards Miya is not warranted.
Like (1) Reply Delete

JonathanTom MiyaClark 37 days ago
Let me know when you have kids and where they go to school. I'll buy a pickup truck, let's test your theory.
Like Reply Delete

shawnrandall MiyaClark 36 days ago
Not only that, but Mrs. Ingle said she felt that Shepherd's family should have shown remorse. Why? Shepherd's husband and children had nothing to do with causing the accident, they don't owe apologies or remorse to anyone, period.
Like Reply Delete

shawnrandall JonathanTom 36 days ago
Do you realize you just threatened someone's children simply because they have an opinion you don't agree with?
Like Reply Delete

ShawnMichaelSteigmeyer 37 days ago
If the mother needs bail money sign me up! This is a prime example of the hypocrisy within our “justice” system. Hopefully prison justice finds this murderer soon, and the prosecutor’s office drops this charge against the mother.
Like (3) Reply Delete

Chris ShawnMichaelSteigmeyer 36 days ago
Why do you wish death upon someone who made a mistake? She killed the kids yes but it was an accident, not intentional. Sure she should be punished and that's why she's going to prison for for years as well as the years of house arrest and probation after the fact. But to wish her to be killed? As for the mother, yes I do agree they should drop the charges. Sure she shouldn't have attacked the woman but given that she just lost her 3 kids it's pretty understandable that she wouldn't be able to think clearly. I'm guessing they probably will drop them.
Like (1) Reply Delete

StaciPiercefieldTinkle 37 days ago
She did what any parent mourning their children would do. CHILDREN. Multiple. She killed 3. They ought to be ashamed of themselves for putting this woman in cuffs. That girl killed 3 kids because she wasn’t paying attention. Shes just as bad as any violent offender.
Like (5) Reply Delete

Frankie StaciPiercefieldTinkle 37 days ago
You have never ran a stop sign? Or made a mistake while driving? This can happen to anyone. It was a mistake. A very bad mistake I might add
Like (1) Reply Delete

JonathanTom Frankie 37 days ago
Dafuq are you talking about? This article is about the mother attacking the this woman for killing her 3 children and you're making it about "you never had a brain fart and killed 3 kids before?" Idiot.
Like Reply Delete

shawnrandall JonathanTom 36 days ago
jonathanTom, put the fists down and go back to the trailer park.
Like Reply Delete

Remedy in South Bend closing down