Mother of man charged with murdering NeKeisha Hawkins, speaks out 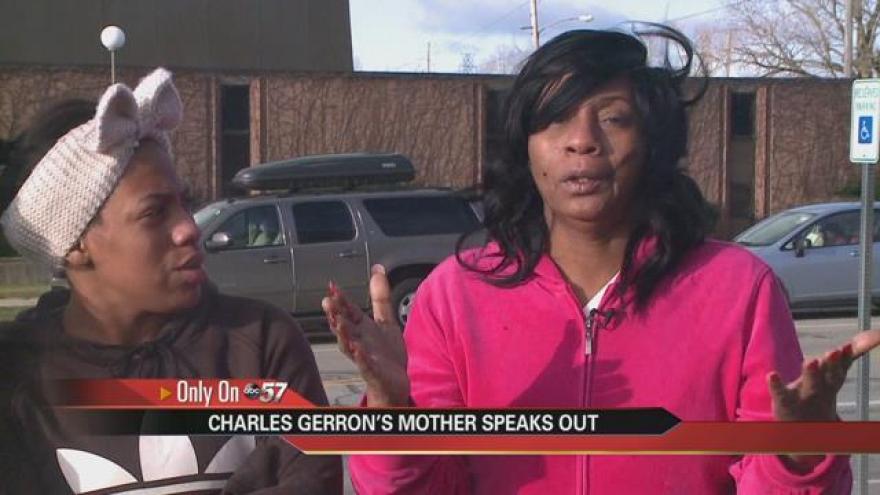 Less than a week after his arrest, Charles Gerron, the Michigan City man charged with murdering NeKeisha Hodges-Hawkins in 2011, appeared in court via video, for his initial hearing.

Gerron’s mother, Earlen Lemons, claims her son had nothing to do with Hawkins’ murder.

Lemons says her son was in fact at the party the night that Hawkins was killed but she says Michigan City police arrested the wrong person.

In an exclusive interview with ABC 57 News, Lemons describe the moment when her son, 21-year-old Gerron, was taken into custody.

“They’re screaming I’m saying no need to yell, everyone sit down, we’re calm nobody’s running, no one did anything, get down get down, they slam my son on ground mind you while he’s holding my 2-year -old grandson,” said Lemons.

On Tuesday, six days later, Gerron appeared at the La Porte County Superior Court 4 via video for his initial hearing.

His mother and other family members were also inside the courtroom.

“It’s just torn me apart my son is 21-years-old and you all got him up here like a criminal make him look like he’s this monster I didn’t raise no monster,” said Lemons.

She says police have it all wrong.

“They didn’t do what they were supposed to do so five years later they gonna come arrest my son? No,” said Lemons.

Lemons believes the person who murdered Hawkins is still out there.

“Putting all this on my son they better hurry up and do some more searching before he gets away and becomes another cold case file,” said Lemons.

And on Tuesday morning she had a message for Kalvon Hawkins, NeKeisha’s father.

“My heart goes out to you Kalvon it really does but Charles is not the one who did this honey, he’s not,” said Lemons.

Kalvon was also in court this morning but chose not to comment.

A trial date has been set for April 3rd.

If found guilty, Gerron faces 45 to 65 years in prison and right now his bond is at $1 million.