Mother recounts frantic moments when truck hit her home, causing it to explode 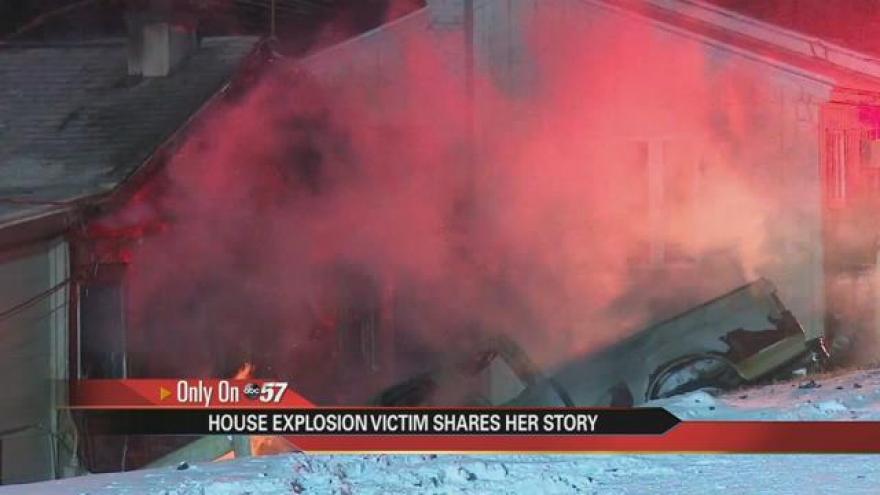 The mother who was inside the La Porte County house when a truck crashed into it Thursday, causing it to explode, speaks only with ABC 57’s Jess Arnold about those harrowing moments.

“I was sleeping. My son was sleeping on the other side of the house, and I just hear this crash,” said Lauren Toth, who has lived in her home on N 600 E Street for two years.

A pickup truck veered off the slick, snowy roads and landed on the gas line of her home late Thursday.

“It was just that hiss, and I knew exactly what it was. I knew it was the gas. Because after the hiss, I could smell the gas, and I knew we had to get out right away,” said Toth.

So she woke up her nine-year-old son and told him to run.

“As soon as we made it to the end of the garage is when the flames just started going. It was unreal,” she said.

“Hadn’t even made it to work yet when I had a call from Jackson’s phone and I just heard my girlfriend on the line saying please come back home. She’s crying hysterical,” said Toth’s boyfriend, Aaron Kopkowski.

“I was like, it’s all gone. I knew nothing would be saved, I mean just how big and how fast it was going up,” said Toth.

But, something special was saved!

“Luckily, my photo albums that I had. They were undamaged, which how that happened. I don’t even know,” said Toth.

Lauren just feels lucky that she and her son survived.

“It’s hard, but we made it out, and that’s all that really matters,” said Toth.

Because looking at the footage from that night, it seems like a miracle anyone walked away.

Lauren and her boyfriend also told me that this is the third time a car has veered off the road toward the house. There are no guardrails blocking off the steep slope leading down to the house.

If you’d like to help Lauren and her son get back on their feet, click on their gofundme page here.