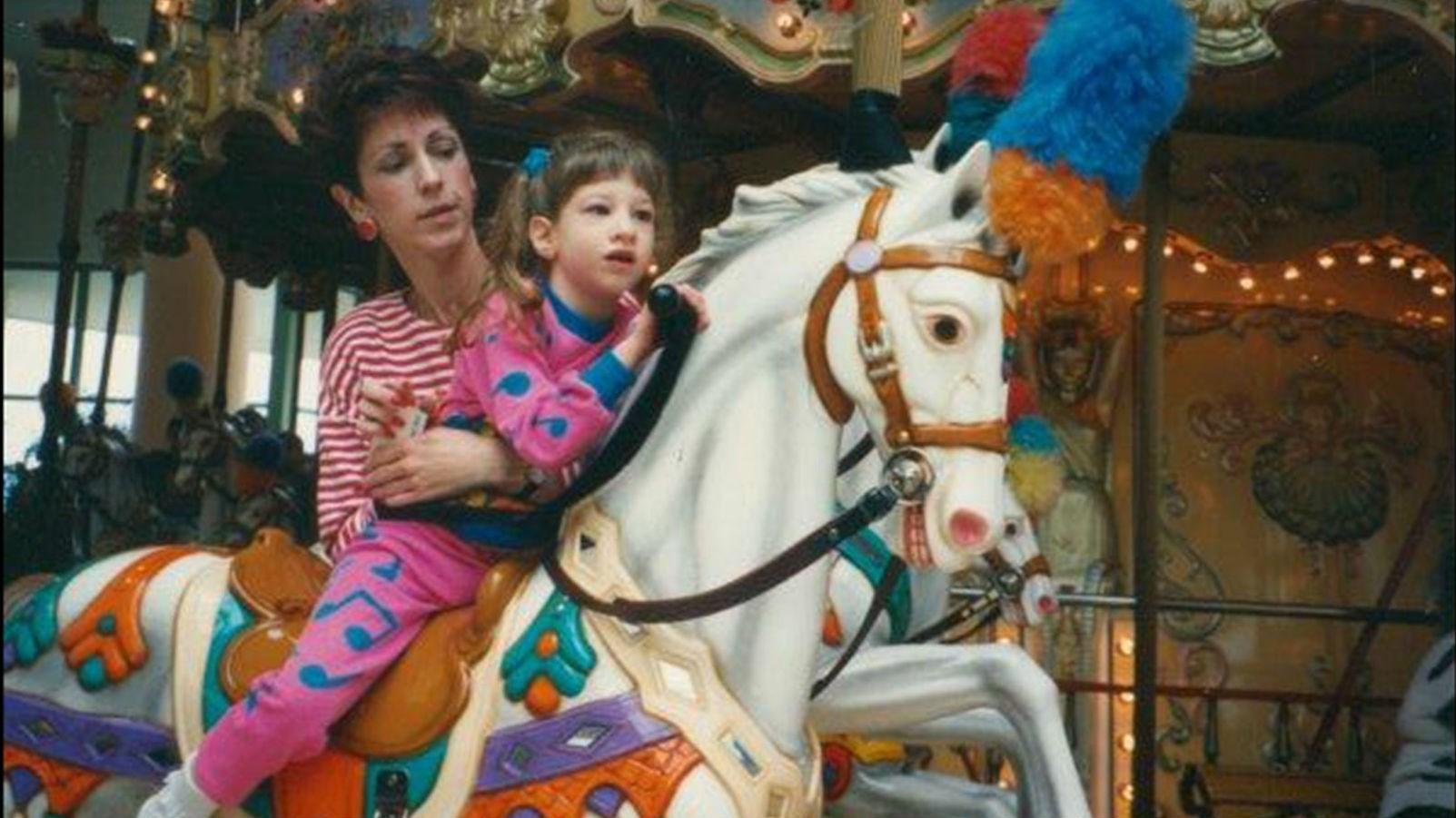 (CNN) -- Despite pleas for leniency from family and friends, an Illinois Circuit Court judge sentenced Bonnie Liltz to four years in prison Wednesday for drugging and killing her disabled 28-year-old daughter in a failed murder-suicide attempt nearly a year ago, according to her defense attorney.

"Bonnie was absolutely crushed," attorney Thomas Glasgow said, adding that her bail was revoked and she was taken into custody immediately

While she was handcuffed to the courtroom table, she held his hand for 15 minutes and sobbed, Glasgow said.

Assistant State's Attorney Michael Gerber had recommended only four years of probation and mental health counseling for Liltz, though the charge carried a penalty of up to 14 years in prison.

"This case was a tragedy for everyone involved and given the very tragic extenuating circumstances, we felt that a term of probation rather than imprisonment was the appropriate sentence," the Cook County State's Attorney's Office said in a statement.

Liltz, 56, thought she needed to take daughter Courtney's life in order to save it. Heaven was "the only place I knew she would be safe and happy," she told Illinois Circuit Court Judge Joel Greenblatt last week.

A withered Liltz -- who says she has weighed no more than 100 pounds since she was first diagnosed with ovarian cancer at 19 -- recalled thinking the night she decided to drug her daughter that "If I am dying, what's going to happen to Courtney?" according to court transcripts.

Courtney suffered from cerebral palsy and had severe cognitive defects stemming from a seizure when she was 2 years old, according to Glasgow.

With the brain function of a toddler, Courtney could say only one word: "Momma," Cheever said.

"I would like nothing more than to turn the clock back and have the ability to care for her again," Liltz told a judge May 11 at her sentencing hearing. "I have a pain inside that is beyond words."

In court last week, pleas of mercy and praise echoed from Liltz's own mother, father, sister and friends, including Cheever. Those close to her described Liltz as a woman who, despite a body ravaged by radiation therapy that rendered her unable to conceive, had adopted -- and loved boundlessly -- a severely disabled 5-year-old who needed 24-hour care.

The judge's sentence is "certainly just," said Tony Paulauski, executive director of the Arc of Illinois, a public policy group that advocates for people with intellectual and developmental disabilities.

"The judge obviously realized that the young woman's life was taken from her," he said.

The judge recommended Liltz be evaluated to determine whether she should be put in the medical wing at the Cook County Jail, but she will be there only until Friday before she is transferred to the Lincoln Correctional Center, where she will undergo a new assessment, Glasgow said.

Glasgow, who is "absolutely stunned" by the sentence, plans to file a motion to reconsider the ruling.

"I will continue to fight for Bonnie," he said.

The day she decided to end their lives

"I awoke in severe abdominal pain ... soiling myself and my bed. My heart was pounding ... and I was shaking and sweating profusely," Liltz said of the tragic pre-dawn morning nearly a year ago, according to court transcripts.

She recalled a grim prognosis from her gastroenterologist, who said her intestines could fail. Seeing her stomach collapsed where it should be fuller, she believed that's exactly what was happening.

Beside her, in a separate twin bed, lay her disabled daughter, Courtney, with whom she had shared a room each night for 23 years in the one-bedroom, 1,200-square-foot condo, Glasgow told CNN.

"And the thought of her having to live in an institution for the rest of her life was more than I could bear," Liltz said in court, pausing amid bouts of tears, according to Glasgow.

When a resurgence of cancer had required Liltz to undergo surgery in 2012, Courtney was put in a nursing home for a week, she explained to the judge.

Liltz, who Glasgow said had adopted Courtney after her birth mother and adoptive family had given up on the girl, said Courtney was unable to understand that her "Momma" would be coming back.

The mother described her otherwise happy girl as "not herself" and angry after the temporary stay.

Cheever told the judge that her friend, Courtney's mother, was "distraught" about the "lack of care" Courtney received.

Courtney had been "neglected" and "covered in drool," her "clothes were wet, and she was sitting in her own filth in a corner," Glasgow explained to the judge.

"It was with that memory that I felt the only place I knew she would be safe and happy would be in heaven with me," Liltz said in court.

Glasgow described to CNN what happened next as a moment of desperation and compassion.

Liltz funneled a concoction of crushed medications in water through Courtney's feeding tube. Then she downed her own pill cocktail with a glass of wine, according to prosecutors.

A handwritten suicide note left on the kitchen counter read, in part, "I am so sorry to put you all through this but I can't leave my daughter behind," according to prosecutors.

"She is my life," Liltz scribbled in the note she thought would bear her final words.

Mother and daughter were found unconscious that afternoon, on May 27, 2015, by a family member, according to police in Liltz's town of Schaumburg, Illinois, about 30 miles outside Chicago.

They were both taken to a nearby hospital and treated, but Courtney never regained consciousness and died a week later, according to a news release provided by Schaumburg Police Lt. Shawn Green. The lieutenant told CNN that the police had no prior complaints of abuse against Liltz.

Reaction to the case

The case has struck a chord with many who felt compelled to reach out to Glasgow. And it seems to have shed a light on the fears harbored by families caring for individuals with disabilities.

Glasgow said he has "lost count" of the letters and calls of support he received for his client from across the nation, even from folks who never met Liltz.

But not everyone agrees.

Paulauski, who does not know Liltz, said the perception that the lives of people with disabilities tend to be devalued is "more than disconcerting." There are systems in place to address cases like hers, he said, though he acknowledges that getting help is not always easy.

Court transcripts reveal that at last week's sentencing hearing, the state offered nothing to show that Liltz committed an act of malice or hatred.

Liltz is not alone in her overbearing fear, according to advocates.

"We hear time and time again, parents coming to us and saying, 'Well, I am caring for my adult child with a disability. I am in my 80s, and they're in their 60s. All I can hope is they pass away before I do,' " said Rich La Belle, executive director of Florida's Family Network on Disabilities. La Belle's network reaches out to families in the state to inform them of their options.

"I sympathize with (parents); they get driven to deep ends," said Curt Decker, executive director of the National Disability Rights Network, which provides legally based advocacy services to people with disabilities in the U.S. There is a "major, major concern about how their child survives without their care," Decker said.

Paulauski said that with advancements in technology and medicine, disabled individuals are living a lot longer.

Decker said that even though there has been "a pretty steady growth of different types of services for families," maneuvering within the system is a "full-time job" for caregivers.

"We need to be doing all we can to support families who have children, and adult children, with special health care needs and disabilities," Paulauski said, so a crisis like Liltz's can be averted.