Move over, Indiana Jones: Physicists are the new tomb raiders 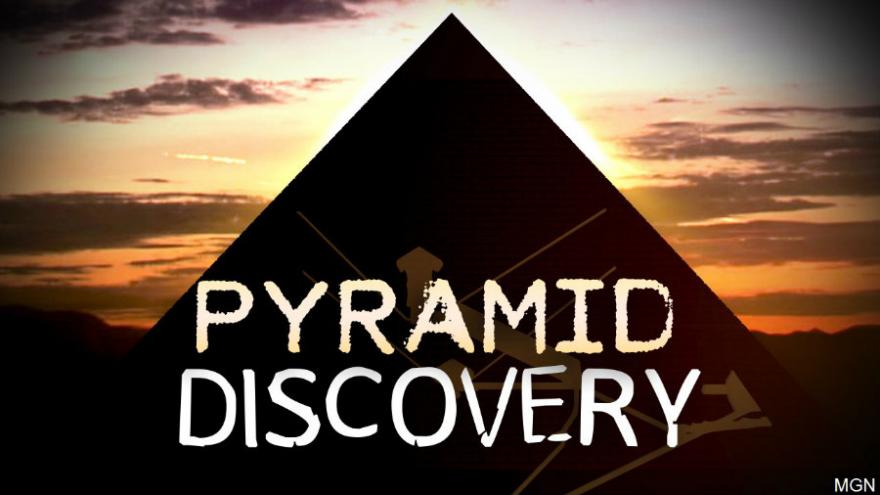 (CNN) -- Indiana Jones is forever imprinted in our collective consciousness as a quintessential tomb raider. With a jaunty fedora and a leather whip, he careens across the Egyptian desert, discovering long-lost ancient secrets. Everybody knows how it works.

Except in the most recent, and exciting, breakthrough in Egyptology, it wasn't that way at all. For this discovery, it was not an archaeologist, but rather three teams of Japanese and French physicists who announced they had found a huge unexplored chamber inside the Great Pyramid at Giza.

The Great Pyramid is one of ancient man's greatest achievements. Beginning about 2580 B.C., Egyptians labored for two decades to build a tomb for the pharaoh Khufu.

These have long been known to Egyptologists, but there has been ongoing speculation that otherundiscovered chambers might be within the pyramid's vast bulk.

In the 1960s, physicist Luis Alvarez proposed using a subatomic particle called a muon to study the inside of a different Egyptian pyramid. (Alvarez was also the first to make a scientifically grounded proposal that the dinosaurs were killed by a comet hitting the Earth.

He was nothing if not creative.)Muons are copiously produced in the Earth's atmosphere when high-energy cosmic rays from space slam into the planet.

Muons have the property that they penetrate deeply into matter and lose energy proportionally to the amount of matter they cross. Thus, they are a perfect way to search inside an object like the pyramid. While different in detail, they act much like familiar medical X-rays.

Muon detectors were placed inside the pyramid in the Queen's Chamber and another smaller room. Using two detectors allowed the scientists to create a stereoscopic image of the interior of the pyramid. Then the physicists waited. Muons hit the Earth at a rate of about 10,000 per minute through every square meter. Physicists had to scan in every direction, and consequently the data collection took months. When the data were analyzed, they discovered a huge and previously undiscovered empty space in the pyramid. It was about as large as the Grand Gallery (about 100 feet long) and located above it.

It is unlikely that this empty space is full of gold and riches like those found when King Tutankhamun's tomb was uncovered. Indeed, it is probably a structural feature to protect the Grand Gallery. To make a blindingly obvious statement, rock is heavy. To protect the King's Chamber, the pyramid's designers built a series of crude chambers above it. The shape of the rooms deflected the weight of the overlying rock around the King's Chamber, ensuring that the roof didn't collapse. It is thought the newly discovered void serves a similar purpose to protect the Grand Gallery.

Perhaps one of the most interesting consequences of this scientific success is that it was made possible by technologies more commonly associated with such large experiments as those that discovered the Higgs boson at the CERN laboratory in Switzerland. The subatomic world is helping to illuminate ancient mysteries.And this isn't the only time the technique of using muons to see the unseeable has been employed. While the Great Pyramid discovery was repeated three times, with three different technologies, one of them has an interesting history. In March 2011, an enormous earthquake devastated northeast Japan, badly damaging the Fukushima Daiichi nuclear power plant. Deadly radiation made it impossible for engineers to inspect the inside of the reactor core, so remote viewing was needed.

Using strips of plastic scintillator pioneered and produced at Fermilab, America's flagship particle physics laboratory, researchers were able to scan the reactor. Scintillator is a substance that gives a blink of light when hit by the passage of muons. That light is then converted to electricity, digitized, and can be analyzed by computers.

Using hundreds of these strips, Japanese nuclear scientists were able to identify the location of molten radioactive material inside the devastated power plant. And it's a very small world. As it happens, I was the first scientist to evaluate this detector technology independently when the Fermilab group was developing it back in the mid-1990s.

When these detectors had completed their work at Fukushima, they were brought to Egypt for their next job, and, as we have seen, they were instrumental in this important study of the Great Pyramid.

One of the things I like best about science is the cross-pollination of ideas and techniques. A method that is used to unlock the secrets of the universe can also be employed for other goals. Beyond nuclear power plants and searches for Egyptian antiquities, muon detectors have been used to study the movement of magma inside volcanoes and even for quick scanning of cargo containers for the Department of Homeland Security.

So what's next? The recent announcement isn't very precise. The void was identified and its basic size determined. But the resolution of the measurement is relatively poor.

There is no known access to this empty space, although some have suggested drilling a hole perhaps an inch wide and using fiber optics and maybe drones to investigate. However, it is possible to do a better job with the muon-based remote viewing technique.

Scientists will need to make larger and higher precision detectors to ascertain the dimensions and shape of the empty space better. Researchers across the world, including my colleagues at Fermilab, are having intense conversations and generating proposals for improved detectors to shed more light on this interesting discovery. Heck, it's so interesting, I'm thinking of joining them.

I wonder how I would look in a fedora?