‘Mr. Andre’ celebrates 40 years of working at the YMCA of Southwest Michigan

NOW: ‘Mr. Andre’ celebrates 40 years of working at the YMCA of Southwest Michigan

NILES, Mich.—Chances are if you learned to swim at the YMCA of Southwest Michigan over the last 40 years, you’ve had “Mr. Andre.”

“All the swim lessons that he’s taught and all of the lives that he’s touched, it’s a huge accomplishment and not many people can say that. We’ve calculated around 17,000 youth that he’s taught lessons to,” said Sammee Schaller, Aquatics Director at the YMCA.

Tuesday marks a major milestone for the Niles’ community’s beloved “Mr. Andre”: 40 years of teaching swim lessons and working at the YMCA.

“It was my first job and I liked it. I like interacting with people. You can make the most impact on all types of people here, whether they’re rich or poor,” Andre Gresham said. “I’m a people person.”

Throughout those 40 years, Gresham has worn many hats at the Y. He’s served as a lifeguard, sports director, membership director, aquatics director, and swim lifeguard and instructor. Currently, Gresham serves as the Director of Youth Development. 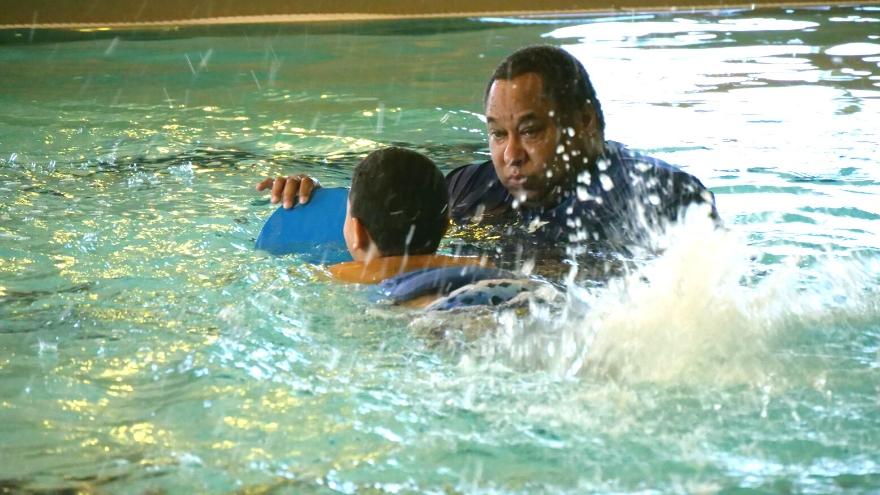 On Tuesday, amid his anniversary festivities, Gresham continued teaching classes to local students.

In 2013, Gresham suffered from a stroke, which left him with lasting speech difficulties. Though a challenge, he did not let the setback keep him from doing what he loves.

“The kids understand me. That’s what matters,” Gresham said.

To celebrate, the Y is hosting a potluck for Gresham’s co-workers, friends and family but a larger thank you to the Niles native lives online.

The digital wall is filled with messages sharing memories, giving gratitude and telling stories about Gresham’s time at the Y.

“We have parents come that have said you have taught me how to swim, I want you to teach my child how to swim, and so that right there just shows you how much of an impact he has on the community,” Schaller said.

Gresham has no plans to retire anytime soon and hopes to continue teaching the community a skill he finds to be one of the most important there is.

“Learn to swim. Swimming is one of those things that you need to know. You don’t have to be an Olympic swimmer but if you fall in the water, you have to know how to save yourself,” Gresham said, just as he hopped into the pool on Tuesday to teach a group of Niles Community Schools second graders how to swim.