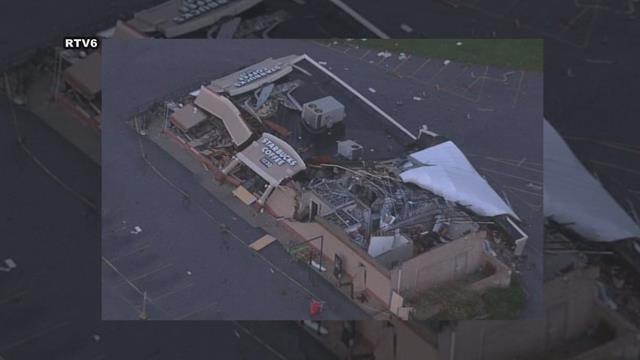 Residents in Kokomo are waking up Thursday morning to a grim reality.

Brutal images show homes torn down, businesses completely unrecognizable, and a massive clean up ahead.

A flattened Starbucks, perhaps one of the defining images, was hit by over 160 mph winds.

Governor Mike Pence made his way back to Indiana in the midst of his campaign for Vice President.

“It is truly remarkable that there are such a few number of injuries or worse in the wake of this storm given the fact that it literally struck Howard County virtually at shift change in the afternoon in a great manufacturing town and about the time kids were getting out of school. Just about the worst possible time,” said Governor Pence.

Governor Pence will tour Howard and Montgomery counties on Thursday.

Both of those counties suffered the worst damage in Central Indiana.

To help victims affected by storm damage through the Salvation Army, you can send the word “Hoosier” to 41444. From there, you’ll be able to access an online donation form.