Muppet Mobile back on display at Studebaker Museum 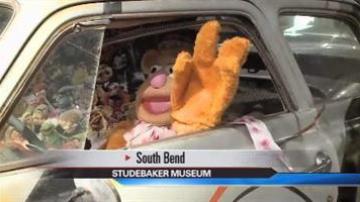 SOUTH BEND, Ind. – It has been a couple of months but the car made famous in the first Muppet movie is back on display at the Studebaker National Museum in downtown South Bend.

The car originally appeared in the 1979 film and was driven by the character of Fozzy the bear.

The car was later abandoned on a movie lot and was brought to the museum in 2004.

The museum is in the process of trying to raise more than $60,000 to restore the vehicle.