Murder rate down for Chicago in February 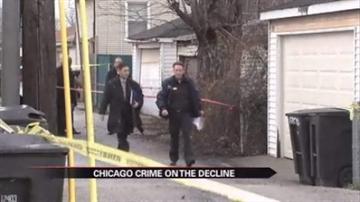 CHICAGO --The murder rate in Chicago is showing a decline.

After months of killings, there is finally a break on the streets of Chicago.

February ended with the least number of homicides the city has seen in six decades. Police say Chicago finished with 14 homicides last month. That is the lowest number since 1957. It's also half of the 28 murders recorded in February of 2012.

"It's not a victory in any way, shape or form, but it's certainly not failure," said Chicago Police superintendent Garry McCarthy.

The police department's approach to get guns off the streets appears to be working.

They have collected 1,100 guns so far this year, not including the guns retrieved from gun buyback programs.