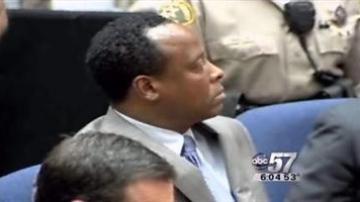 The jury deliberated for less than 9 hours. Murray was accused of giving Jackson a deadly dose of a powerful anesthetic.

The defense claimed Jackson accidentally gave himself the lethal injection.

The minute the verdict was read, the crowd outside the courtroom erupted in cheers.