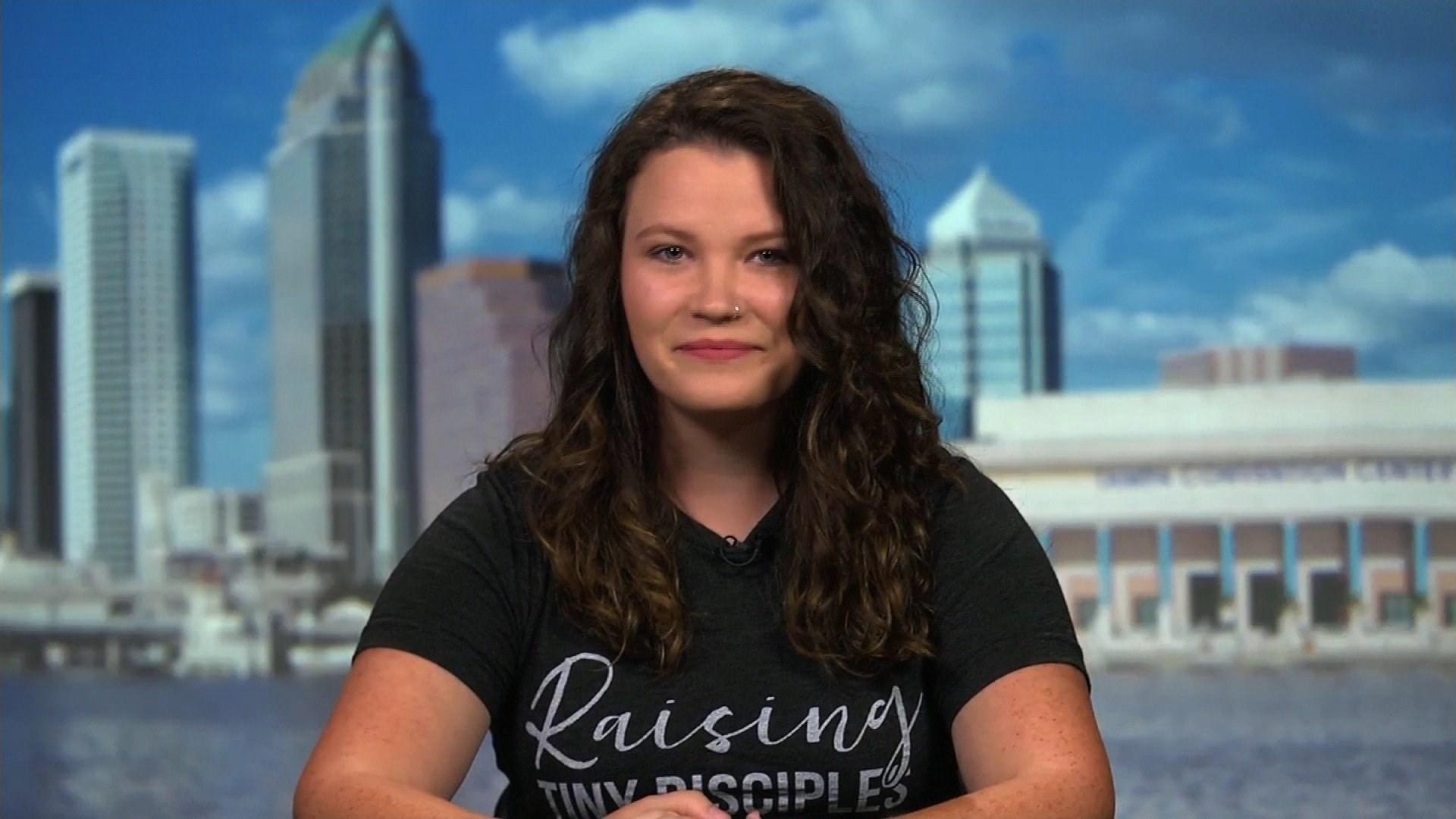 (CNN) - As protests and violence spread throughout the nation in the past week, one pastor from Tampa felt she couldn't stay silent anymore. Savanna Hartman wrote a poem about race and privilege and uploaded a video of her reciting it to Facebook, where it has now been viewed more than 17 million times.

Speaking to CNN's John Berman, she said, "You can only let injustice go on for so long before you say something and I think a lot of us struggle with that bystander effect. ... Finally I got to the point where I was just like, I can't not say anything anymore."

In her poem, Hartman is in tears as she says, "I wasn't born rich, but don't get it twisted. See how I look, my white skin is my privilege."

She refers to the shooting of Alton Sterling in Baton Rouge:

"I don't know what it's like to go out for snacks and end up lying dead on my back ... I don't know anyone murdered for selling cigs or CDs, I've never been choked out or shot at by men in corrupt PDs."

Hartman felt moved to write her poem because, "I think, deep down, no matter how we were raised, we all want the same thing and we all understand the value of a human life."

While the response to her poem has been largely positive, she and her husband have received accusations of being "anti-cop," an assertion she vehemently denied.

"That's absolutely not the case. We love cops, we have people in our family who are cops, we support cops ... we both think we can love cops but still address a broken system, and that's what we did."

In her live CNN interview, Hartman emphasized the core of her message and called for more humanity on all sides.