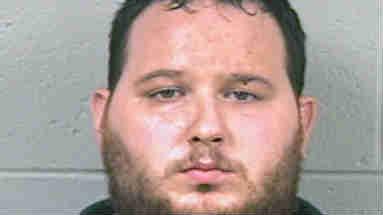 Three people were hospitalized after they were stabbed at their home in Three Oaks, Michigan.

The stabbing happened around 2:30 Saturday morning at a home on Poplar Street.

The suspect is 26-year-old Kevin Cane from Hobart, Indiana. The victims are his parents and his sibling.

Cane was taken to the Berrien County Jail and charged with three counts of attempted murder.

Two of the victims are in critical condition, the other is stable.

Neighbor John Noga says he called 911 after Cane's mother ran to his door covered in blood, afraid for her life.

“She yelled, ‘Somebody's killing my family. I'm all cut up.' I opened the door and sure enough she was all cut up,” Noga said.

“It was the most violent thing I've seen in my lifetime,” Noga said.

Neighbors and residents of Three Oaks are shocked that such a violent act occurred in their tiny village.

Village Manager Adam Umbrasas agrees, and is working with police to get to the bottom of the case.

“We've got some great law enforcement looking into it and hopefully we can prevent this from happening again,” Umbrasas said.

After getting over the initial shock, neighbors are just hoping for a quick recovery for those injured.

“I hope the lady's alright. I just hope she's ok, and I hope the rest of her family is ok too,” Noga said.
Share this article: