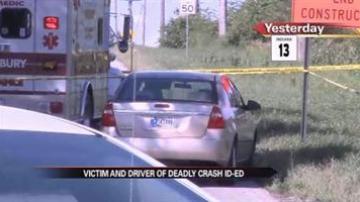 MIDDLEBURY, Ind. — The name of the woman who was killed on State Road 13 on Saturday has been released.

Police believe that 65-year-old Linda Hochstelter died when she pulled her car over and got out to check on an animal that had been struck by a car.

Police say that Irma Heimstra did not see Hochstelter and hit her, killing her instantly.

"I've been here three and a half years and I've seen anything like this happen before," said Jerry Weaver. "I've heard some screeching tires before, but that's usually just people getting off work."