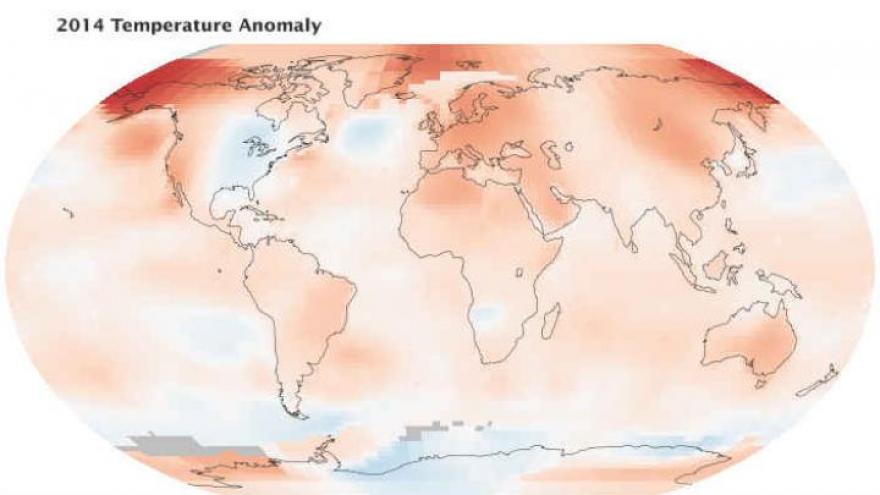 The latest climate analysis is in and 2014 ranks as the warmest year on record.

According to the NASA study...

The year 2014 was Earth's warmest in 134 years of records, according to an analysis of surface temperature measurements by scientists at NASA's Goddard Institute for Space Studies (GISS). In a separate, independent analysis, scientists at the National Oceanic and Atmospheric Administration (NOAA) also found 2014 to be the warmest on record. With the exception of 1998, the ten warmest years in the instrumental record (dating to 1880) have all occurred since 2000.

For those of us living in Michiana this might come as a shock since 2014 for the eastern United States saw below normal temperatures. However looking on a global scale, the planet as a whole was significantly warmer.