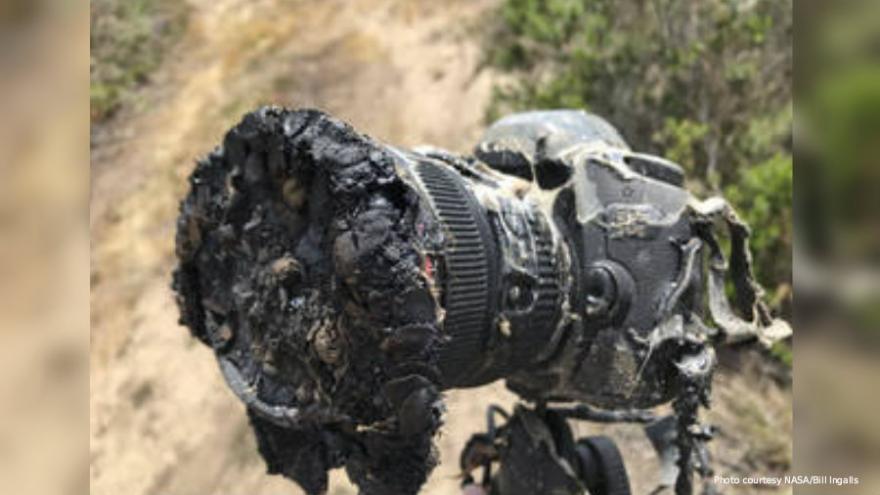 You may have seen it trending on social media – a NASA photographer captured the moments his camera melted during a SpaceX launch.

NASA says the photographer, who has been with the agency for 30 years, had four cameras set up to continuously photograph the launch.

There’s a first time for everything!

Earlier this week, a remote camera set up a quarter of a mile away from the launch pad MELTED ??? following our #GRACEFO launch. Get the full story from @nasahqphoto: https://t.co/e46h1ySmIF. pic.twitter.com/Xi0oJ5ewQF

Vegetation near the camera caught fire and quickly engulfed his camera.

The camera was about a quarter of a mile from the launch site.

The photographer was able to salvage the memory card and created a time-lapse of events as his camera melted.