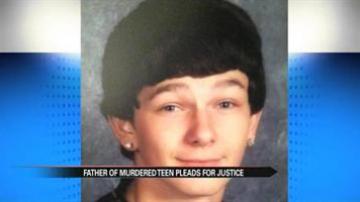 SOUTH BEND, Ind. -- Family and friends of Nathan Hall are holding a prayer vigil for him Thursday night. Nathan was murdered while riding his bike early on the morning of April 16.

They learned of the tragedy on their own TV.

"We realized that morning that Nathan wasn't in the house which was a little bit odd and we saw that his bike was missing. And we had seen on the news coverage that there had been a shooting so we wanted to check and see if the two were related and of course they were," said Upfer.

Nathan was shot in the head while riding his bike just before one a.m. on a school night.

Now the family is left with many unanswered questions.

"We're not really sure why he was riding his bike in this neighborhood right now. We're just as in the dark about it as everyone else would be," said Upfer.

Upfer says information from police has been scarce.

He says Nathan didn't often ride his bike around the area and he wasn't scheduled to work at McDonald's that day.

"Police haven't told us very much. We're hoping that they can take whatever information they can gather and work with that," said Upfer.

That night, ShotSpotters alerted police that there was a shooting near the corner of Adams and Elwood.

None of the neighbors called 9-1-1 that night. Upfer says it's possible no one even saw the shooter.

"If anyone saw anything that night or knows or heard of anything that happened that night, obviously we would really appreciate it if you gave the police a call," said Upfer.