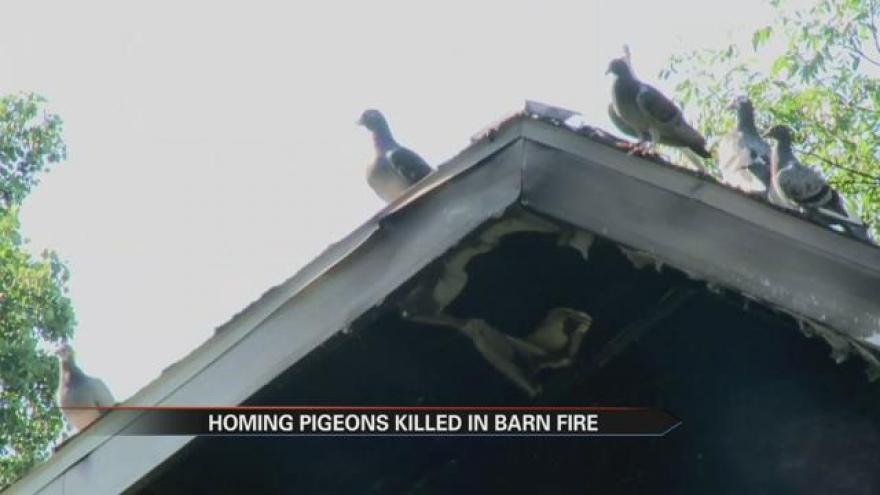 Fire crews in Royalton Township responded to a fire at Dove Nest Bed and Breakfast.

But in a location they and the homeowners were not expecting.

Chief Ron Koebel is with the Royalton Township Fire Department.

“Unfortunately we lost a lot of pigeons,” said Koebel.

Nearly 200 pigeons were inside this barn Wednesday before crews responded to a fire around 4:30 p.m.

In all, an estimated 100 pigeons were lost.

“The pigeon raring building was heavily involved in smoke initially and the fire continued to consume it,” said Koebel.

Fire crews from three different townships were able to control the fire within 30 minutes, but not before nearly 40 thousand dollars worth of damage was done to the building.

The owner, John Nelson, did not want to speak on camera.

The retired fire fighter told ABC 57 News he never expected this to happen.

Nelson says the homing pigeons are a hobby of his and he’s been raising them for nearly 60 years.

“Luckily nobody was hurt. We lost some pigeons and I ’m sure he’ll replace those,” said Koebel.

Nelson said he hopes to rebuild what was lost and replace the pigeons that he lost Wednesday.