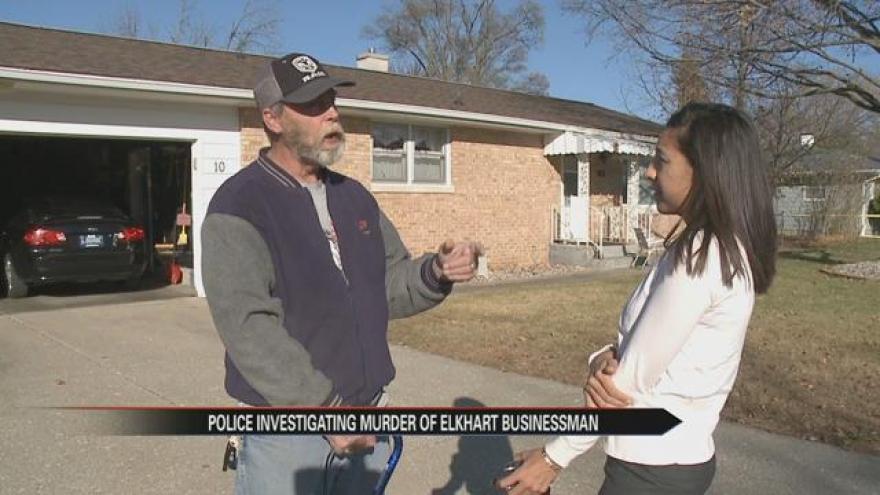 Monday afternoon crime tape still surrounded the home where 74-year-old Rahman Saleh was killed Sunday around noon. No one has been allowed to enter as police search for clues.

One neighbor said he saw the scene first hand.

“I watched to see if he was breathing. I noticed a couple bullet holes I noticed shell casting and my wife called 911,” says Ed a neighbor of the Saleh’s.

Ed did not want to give his last name but says he had known Rahman Saleh for 12 years.

“He was real nice. He would do anything for you. He didn’t have strangers everybody was his friend,” said Ed.

After discovering the body Saleh’s wife ran to her neighbors for help.

“When she says Rahman she knows I react. Because I didn’t know if he fell down or needed help with something,” said Ed.

When Ed arrived to the Saleh’s home he discovered that it was much worse.

Saleh’s death is being called a homicide by police and Ed says Saleh was shot at least four times.

Saleh used to own Saleh’s Market on Middlebury Street. The new co-owner says he is shocked.

“I couldn’t believe it when I heard about him.  He was here like last month. He come in here and he knew everybody because he had been here for like 30 years, in the store. He gave everyone like candy or something,” said Ghazi Almamrsy, co-owner of Saleh’s Market.

Now police are working to figure who would want to kill Rahman Saleh and why.

“Was it just a random, ‘Hey we are going to do a burglary and oh no somebody was home?' Was it something that, ‘Hey we are going to target this guy because we know he owns a business and there may be valuable in the house?'  That's something as our detectives look at. [As well as looking at] the evidence, and talking to witnesses and start to uncover a motive,” said Sergeant Chris Snyder with the Elkhart Police Department.

On Sunday, police revealed that neighbors said they saw some suspicious males running through the neighborhood around 12:30 p.m.

Sergeant Snyder says information regarding anything unusual could help the investigation and urges that if any one saw anything near Sunrise Drive they should contact the Elkhart Police Department.