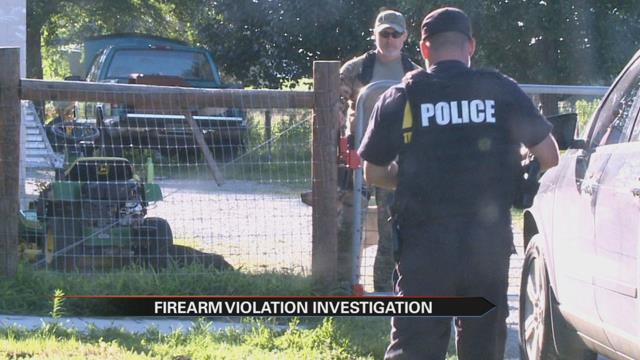 Special agents from the Alcohol, Tobacco and Firearms (ATF) Bureau searched a home in the 68,000 block of State Road 331 on a "violation of federal firearms laws" Tuesday morning.

Neighbor Teresa Steele said she didn’t know much about her neighbors who moved into the house about a year ago.

“My husband got me up and said policemen were in the driveway,” said Steele.

Next door, just feet away, a federal raid was underway by several law enforcement agencies.

“10 cop cars and my husband was worried he wouldn’t get out of the driveway,” said Steele.

An ATF agent said they served a federal search warrant for "violations of federal firearms laws," but he wouldn’t get anymore specific than that.

Several other agents were seen carrying out large bins.

But Steele says the owner was nowhere in sight.

“I was wondering why they weren’t bringing anybody out in handcuffs, then I found out there were no parents there," Steele said. "There were three kids there by themselves.”

The neighborhood isn’t known to attract much attention.

Steele says the children that were left in the home were eventually picked up by a relative.