Neighbors fed up with recent crimes 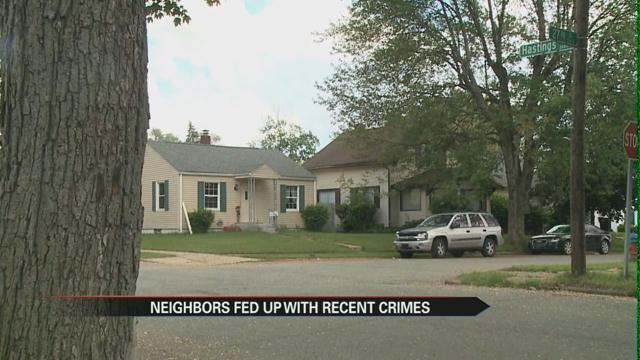 Residents of South Bend's River Park neighborhood are voicing their concerns after seeing an increase in criminal activity over the weekend.

Many neighbors say they love this neighborhood, but they're tired of being targeted by crime.

“People are getting shot right on our block, I mean we use to have our doors unlocked and our little kids, five kids, playing,” said resident Phil Laymen.

Laymen lived in River Park for over 50 years, and was troubled by the shooting that happened early Saturday morning on the corner of 27th and Hastings.

Neighbor Dawn Twing woke up to the sound shots being fired and called 911.

“My initial reaction was, those are gunshots, and they're really close," said Twing.

The same weekend, a burglary hit the Garing family just a few blocks away.

“Over the weekend two of our vehicles were rummaged through,” said resident Kelly Garing.

This isn't the first time this has happened to Garing, but she says these incidents aren't representative of River Park.

“The real problem isn't each other, the problem is the criminals that are doing this.” said Garing.

So for this close neighborhood, these residents hope future incidents like these can be prevented by police so the community can come together once again.

The neighborhood also has a community watch group for crime prevention and an online resource website.

Garing says whenever an incident happens she alerts her neighbors also through the River Park Facebook page.