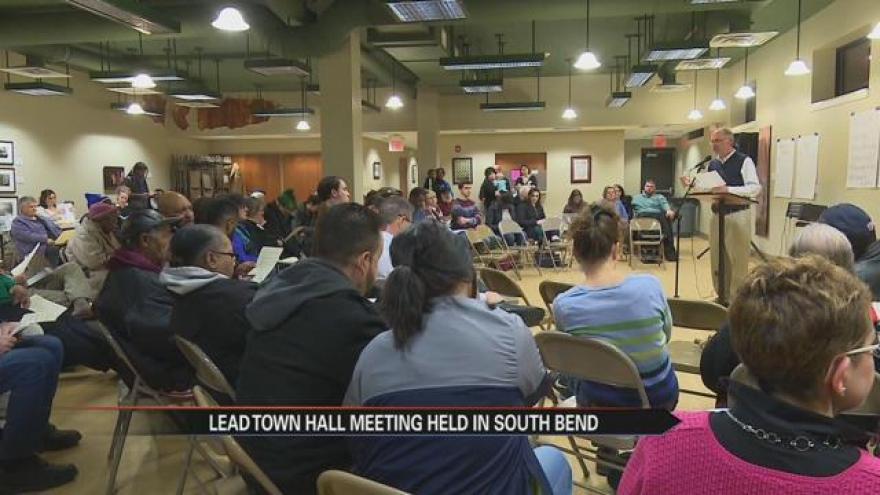 One day after St. Joseph County’s Board of Health laid out a plan to keeping your family safe from lead poisoning, dozens gathered in South Bend’s Near Northwest Neighborhood Center for a town hall.

Also in attendance were representatives from almost every level of government.

From the county’s board of health, to the common council, they showed up to do more listening than talking.

“We’d only been living in this house for about 7months at that time and he had lead poisoning,” said one neighbor at the podium during the town hall.

Quite a few folks shared similar stories about a problem they’ve been dealing with for a while.

“It’s the elephant in the room that nobody talks about,” said neighbor Christopher Davis

The residents that spoke at Thursday’s town hall have been living in homes that are laced with lead.

“I connect with all my neighbors and nobody really understands what we’re going through, you know, what does lead do?” said Davis.

Davis says the effects of living under those conditions have taken a toll on his entire family.

That plan has arrived according to officials inside the county city building.

The Department of Health has outlined a 10-point action plan that would include developing policies enforcing laws and regulations and more research.

“It’s an ambitious plan and yet it really shows the lengths the board of health is willing to go through to have such a quick plan being made,” said Kathy Schuth, Executive Director of the Near Northwest Neighborhood Association.