Neighbors on Yukon Street “on edge” after four people shot 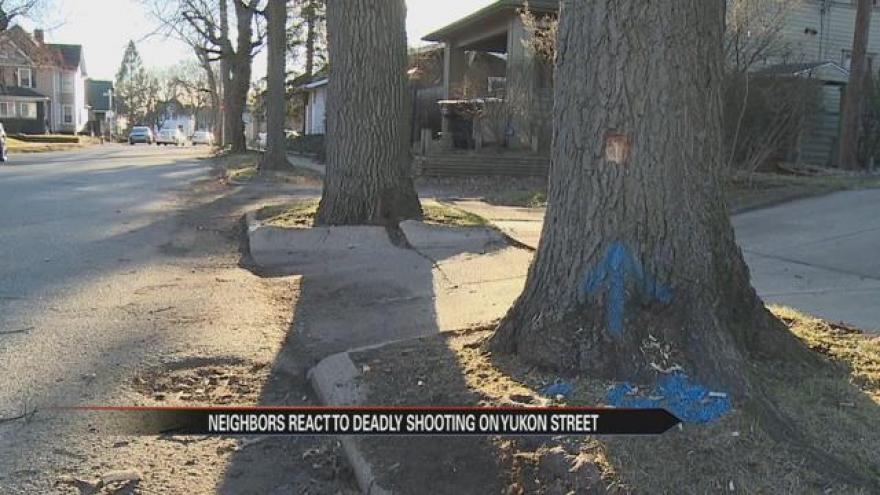 People who live in the neighborhood where four people were shot early Saturday morning say they feel afraid at home, many for the first time.

Officials say shortly before 2 a.m., 24-year-old Michael Willie Briggs was killed and three others were injured on Yukon Street between Portage Avenue and Riverside Drive.

Jack Woodward, who lives in the 1000 block of Yukon Street, says it’s typically a safe and quite neighborhood. Many of the families have young children.

Woodward was outside his home with his friends when the shooting happened.

“I was standing out on the porch when I first heard the gunshots and my instincts kicked in and I got everybody who was outside inside and we just locked the door,” said Woodward.

A few homes were hit by the bullets but no one inside was hurt.

Anyone with information is asked to contact County Metro Homicide at 235-5009 or Crime Stoppers at 288-STOP.