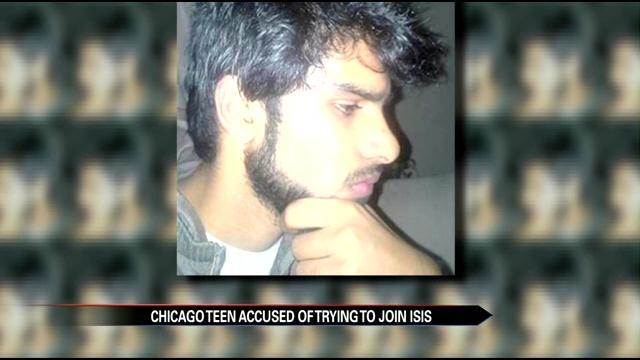 A teenager from suburban Chicago is accused of trying to join the ISIS terrorist movement in Syria.

Police arrested 19-year-old Mohammed Hamzah Khan at Chicago O'Hare just before he tried to board a plane to Austria that would take him to Turkey.

They believe he was going to be smuggled into Syria to join the ISIS movement.

His neighbors in Bolingbrook are shocked a potential homegrown terrorist lived on their street.

One of his neighbors says it was a shock to the community because “he was a soft-spoken kid.”