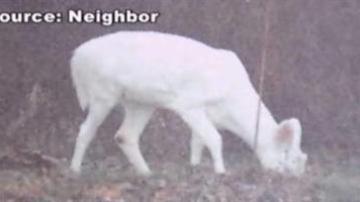 WARRICK COUNTY, Ind. -- Neighbors in Evansville are outraged after an albino deer was shot in their area.

A 28-year-old hunter shot and killed the deer.

They named the deer Ebley and neighbors would often take pictures and video of the deer.

Neighbors said hunting him down and leaving him to die was just cruel.

But it is illegal to shoot the deer from a public roadway as the hunter is accused of doing.