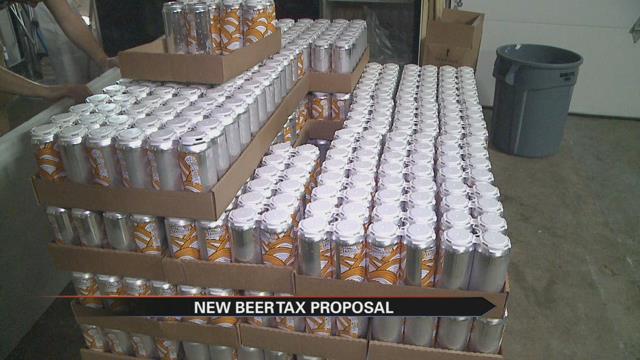 For the first time in 50 years, a Michigan representative is proposing a beer tax increase in Michigan and local breweries aren’t too happy about it.

Chris Betts, the owner of the Transient Artisan Ales Brewery say that even though his brewery is probably one of the smallest producers in the state, a tax increase could devastate his finances.

“We make about a thousand barrels a year, we make mostly Belgian inspired beers, a lot of sour beer,” added Betts.

While Betts says breweries like his are great for the area, one normally conservative Michigan representative is fighting to up the price on beer tax.

“Personally from the standpoint of the fact that my father and mother and her 8 siblings grew up in an orphanage my mom was there from 5 to 17 as a result of alcohol in her family so it’s one of those things that I have a passion for,” said Rep Tom Hooker.

On Wednesday, Hooker brought that passion to Lansing, introducing legislation that would increase the tax on beer to five cents per 12 ounce serving.

But Representative Hooker says this is a bill with roots written in that very same thing, loss.

“I believe there is a very high cost to alcohol use in the state of Michigan. Michigan beer tax has not been raised since 1966, 50 years ago. Obviously money is not the issue. The cost of alcohol consumption is the third leading cause of death in the U.S.,” said Hooker.

For Betts, however, the difference between enjoying a unique taste at a brewery and abusing alcohol is a crucial one.

“I don’t think craft beer is the cause of substance abuse so I think its just taxing an industry that’s not really an issue,” said Betts.

According to Hooker’s proposed bill, some of the revenue generated from the tax would go towards substance use disorder treatment.