New businesses popping up in Knox 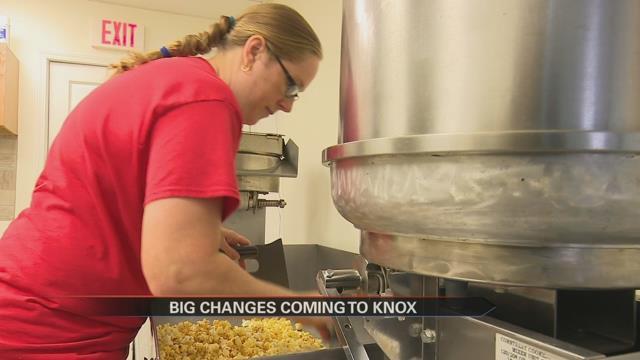 “We needed a new business in town, so we kind of decided to do something that would fit more than one need,” Elizabeth Adamack, co-owner of Poppin’ Off Popcorn.

Those needs were personal and communal.

“You have to be an active community. People are looking for that. They need things to do,” said Knox Mayor, Dennis Estok.

So, she opened Poppin’ Off Popcorn a little over a month ago in July.

But, Knox is also trying to add to public areas and host large events.

“They’re trying to revitalize the area. We’ve got a new community center that’s been here for a few years now. We’ve got a new splash pad that’s gone in at the park. They’re putting in a new ampitheatre down at the park, and just kind of welcoming new businesses,” said Adamack.

They also hosted a huge 4th of July festival—which Mayor Estok estimates drew a crowd of 3,000 people even from outside Starke County. That’s almost the entire population of Knox.

Which is a big deal for a city whose biggest challenge is growth.

But growth is exactly what new business owners like Adamack are helping to create.

“I want them to say, hey, I think I could actually live in this little town. They’ve got things going,” said Mayor Eskort.