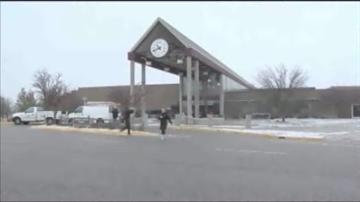 MOUNT PLEASANT, Mich. -- A rape suspect is dead, a victim is safely recovering and those who helped her were just children.

We are hearing from the young siblings who helped get a CMU student to safety after she had been attacked and raped.

Thursday, Eric Ramsay, the man suspected in the attack was killed by police.  He had a long rap sheet of violent and dangerous crimes but the victim escaped and was able to find help from two youngsters.

"We opened the curtains first and saw it was a girl with tape all around her," said Aceling Persyn.

"I called the store where my parents worked, told my dad to come home because there was a guy trying to come in," said James Persyn.

Their dad said he is proud of their actions but hopes they never have to go through something like this again.