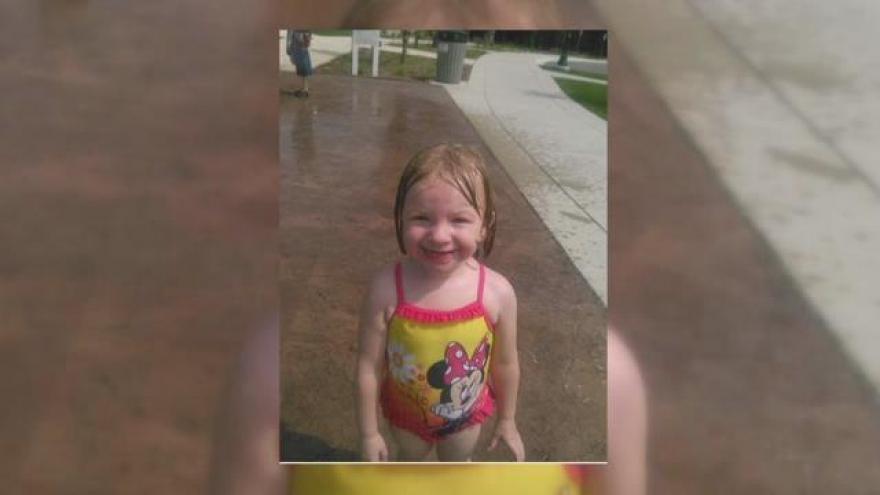 A Plymouth mother and her boyfriend are now facing felony charges for the death of 2-year-old Serenity Wilson.

Twenty days short of her third birthday, police say Serenity suffered multiple injuries to her brain. She died from those injuries on Saturday night.

Serenity’s mother Krysti LaVanway and her boyfriend, Shane Weedling, have been charged with neglect of a dependent resulting in death. Weedling is also facing a change for aggravated assault.

The cause of death was multiple instances of blunt force trauma to the head.

“Extensive additional injuries were observed but the cause of death was due to injuries to her brain,” said Chipman.

Police say those injuries left the toddler unconscious with a bloody face, lying on the floor of room 252 at the Economy Inn. It happened around 9 a.m. on Friday.

Police say around 10:20 that morning Weedling messaged LaVanway on Facebook while she was at work and said he had broken a hair brush spanking Serenity and that if LaVanway didn’t come home immediately he would continue to beat her.

LaVanway arrived at the motel around 11:45 a.m. By that time Serenity had been lying on the floor unconscious for nearly three hours, police said.

Friday afternoon at 2:21 p.m., LaVanway arrived to the emergency room with Serenity.

“Krysti LaVanway failed to obtain medical attention for her dependent Serenity in a timely manner that resulted in death, a level one felony,” said Chipman.

Chipman says it’s a case close to his heart.

“I have a one year old granddaughter, just attended her birthday,” said Chipman.

In Chipman's office, a photo of Serenity is hanging close to a photo of his granddaughter Zoe.

“It just reminds me that they’re real people. The innocence of running around and then relying on these adults to keep you safe and not be the ones to harm you,” said Chipman.

“To the living we owe respect, to the dead we owe the truth.”

Based on the charges they are facing now LaVanway and Weedling now facing 20-40 years in prison if convicted.