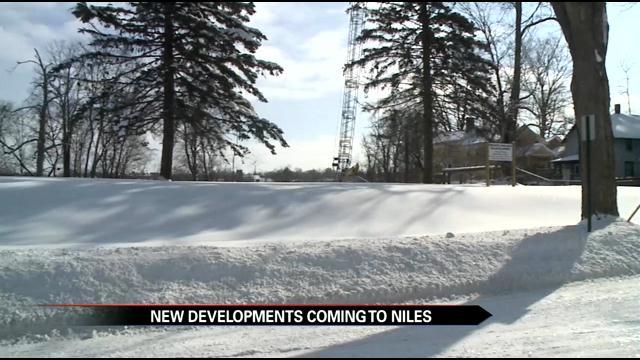 Niles was selected for a grant on Wednesday that will bring in a team to help stimulate economic growth.

Jerry French, an investor and the President of French Paper Company in Niles, plans on building 5-10 townhomes or condominiums on a parcel of land owned by the city that has been vacant.

French said the consultants with the PlacePlan project assistance program will be a great help.

French said, “The cost that we are giving the city is just under $25,000 dollars and we're really happy that the city council voted favorably to support us.”

French said this will be the first market value development built in downtown Niles in over 40 years.

French said, “And then we'll go to an architect and have the architect drop some different drawings, conceptual driving, and we'll take them out to the community and see which ones they warm up to!”

Lorrie Hullinger lives by the vacant property and she was hoping it would become a community park.

Hullinger said, "Before they tore down the old YMCA, they said they might use it as a homeless shelter but that didn't work out. Then we heard they were going to be apartments and we also heard a water park. And i thought that would have been kind of nice for the kids to have a place in this neighborhood to play in and have a little fun.”

Hullinger said she convinced her mother, Shirley Joanis to move next door because of the charming homes and old-town feel of their neighborhood on State Street.

Joanis said, “I moved here last May and I have heard nothing but noise since I've lived here.”

Joanis said it's frustrating that once the Main Street bridge project completes, a new project will start.

Joanis said, "If it's clean and nice and they get good people in there then it's fine.”

The Niles City Administrator said they are a long way from completing a purchasing agreement with French and other interested investors.