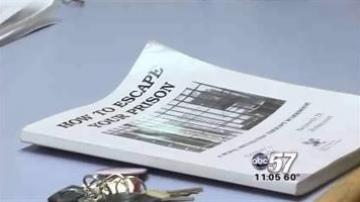 According to County Emergency Services, heroin overdoses have more than doubled from 2009 to 2010.

Starting Oct. 15, people all around La Porte will be donating their time, money, materials and skills to the construction of a house.

That is because, right now there are no rehabilitation programs in La Porte for women who have just been released from jail and are still battling addiction.

Daniela Elizabeth Troche, or Sonshine with and "O" as she is best known by the community, has been doing prison ministry at the La Porte County Jail for about four years -- Helping women fight their drug addictions.

It was not until she started seeing the same women back behind bars again and again, that Sonshine realized something more had to be done.

"So I just got some people together and invited everyone who wanted to help do something about it."

Sonshine says many of these women get locked up again when they do not have anywhere safe to go once they get out.

A recovered meth addict herself, Sonshine knew these women needed an option and a place to give them the second chance she got if they were going to beat their addictions too.

"Most of them ended up going back to the same abusive, and unhealthy situations that they came from, so the chance of them doing well is not very great," says Troche.

That is why she decided to build the first ever women's recovery home in La Porte and with major support from the community, her non-profit has been able to raise enough money to buy a 3200 sq. foot house that is within walking distance of the La Porte County Jail.

Sonshine says it is still going to take a lot of time, work and money to complete the renovations that will transform the former doctor's office into the Worthy Women Recovery Home.

Sonshine says it is the community's hope for change that will give her the chance to give others a second chance.

Once construction on the house is complete, it will give up to 10 former, female inmates a place to call home -- an opportunity they haven't had until now.