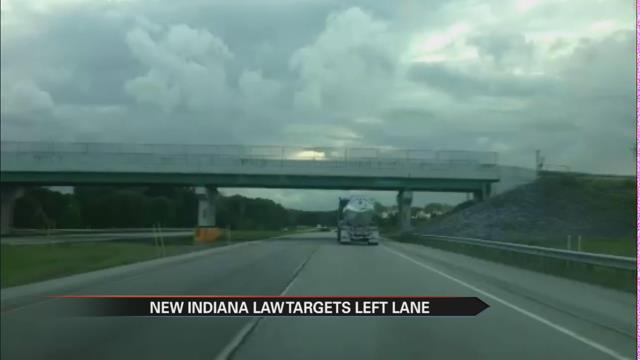 A new law just signed by Indiana lawmakers could change the way you drive in roads with more than one lane. Left lane drivers will now have to move to the right lane if a faster car is behind them. The law goes into effect July 1.

Under the new law, the left lane will be reserved for faster drivers, so whether you're going the speed limit or not, if there's a faster car behind you, it's time to get in the right lane.

"I understand the benefit of having that lane open for people who want to get through," says supporter Gerald Vaillargeon.

Those in opposition of the law say it gives drivers an excuse to speed and not follow posted speed limits.

This law does not apply during congestion or bad weather.

Starting in July, any drivers holding up traffic in the left lane could be fined up to $500.
Share this article: