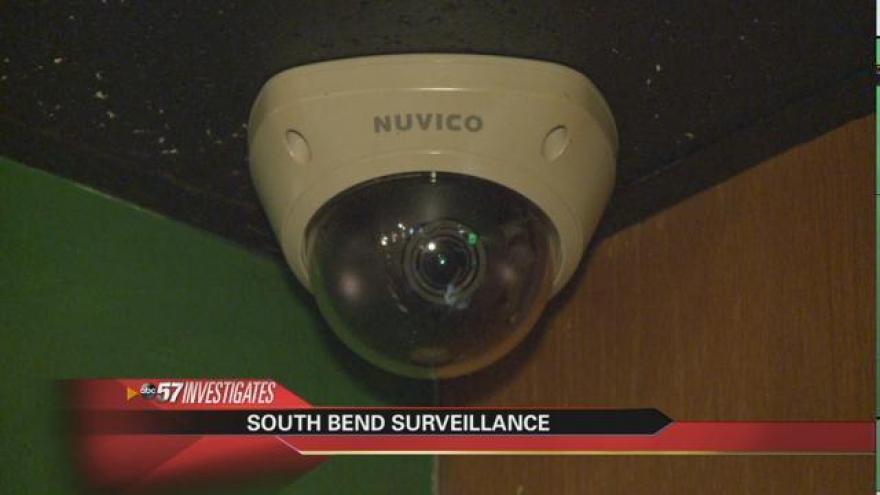 SOUTH BEND, Ind. -- The South Bend Police Department is launching a new surveillance video program. The goal of the program is to build a comprehensive registry of private security cameras to help solve crimes in South Bend.

“All we are trying to do is find partners that have security cameras,” said Captain Phil Trent, South Bend Police Department.

Trent says they want to build a registry with as many businesses as possible in South Bend.

The program is voluntary and the view will initially be viewed by the business owner.

If a crime occurs and there's a possibility that a business may have a capture the crime, police will visit the business to see if they caught anything.

Trent says video is a critical piece to help solve crimes in the courtroom.

“Prosecutors want to see facial expressions. Everyone wants to see exactly what transpired and not just a cold, written word,” said Trent.

While some businesses are already registered, some have their questions.

Owner of Mitch's Corner Sports Bar in South Bend, Mitch Zultanksi, says he would be interested in helping the program. However, he would need to see their policy on privacy.

“As long as they have proper rules and regulations like anything else with police- that they would only utilize them on certain cases when they  need the information,” said Zultanksi.

For those who monitor privacy issues, surveillance cameras can raise a major alarm.

Jay Stanley serves as the senior policy analyst for the American Civil Liberties Union. He's looking at strategies behind these surveillance programs and how police agencies intend to use them.

“We are living in an age of technological revolutionaries. We have powerful surveillance technologies coming down the pike – things that have the potential to give police and government officials more power over individuals,” said Stanley.

The ACLU is constantly monitoring police surveillance programs across the country, specifically through their 50 affiliates in each state.

However, if they move forward with a centralized surveillance system, they will have a problem with the program.

“To take all of these cameras and build a centralized network for police to view at will raises all kinds of privacy issues,” said Stanley.

The South Bend Police Department says it's aware of these policies and works with officials to make sure they're not violating any laws.

“We are bound by more civil rights laws, more than the average entity, so there are things that we don't want to see, even if they are captured,” said Trent.

Trent says the registry is just phase one of their video surveillance strategy. At some point this year, they will re-evaluate the program, based on the number of responses to the registry. If there's an overwhelming response, they will look at other surveillance options.