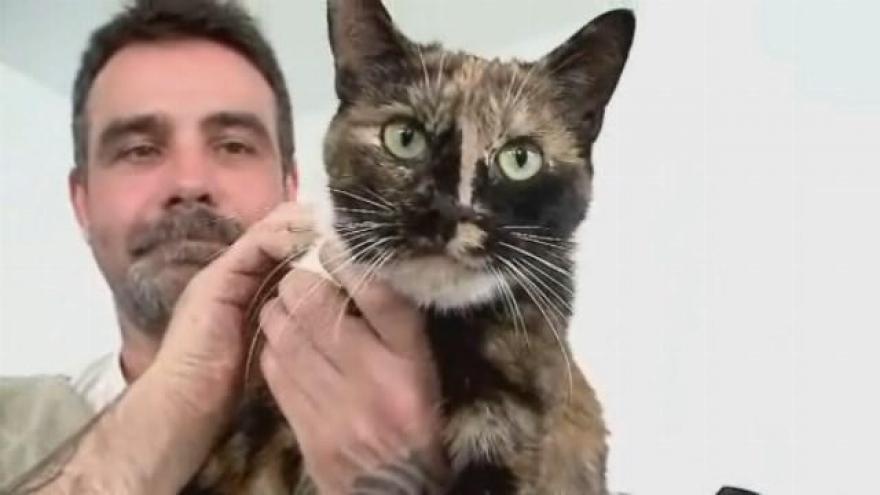 A new program at the Pendleton Correctional Facility is giving shelter cats a new home, while teaching offenders responsibility.

Within the walls of the Pendleton Correctional Facility, men walk in lines to the cafeteria or their recreation time. Locked gates close behind them.
But behind another gate is a different sight.

A dozen cats live inside an old office space.

Five carefully cleared offenders feed the cats, care for them and keep their space clean.

"I've had not a calm past, so, you know, it's helped me calm down a lot, grow up and it just feels good to be able to help,” said inmate Barry Matlock.

As with animal shelters across the country, the Animal Protection League in Anderson is constantly full of animals.

"This makes perfect sense because we have untapped man-power in the prison system, we might as well use it. So we can save these cats and the offenders get the benefits as well,” said Maleah Stringer, the Director of the Animal Protection League.

They say one of the goals here is to get the cats out of cages.

"I deserve to be in prison. I committed a crime, but these animals they live like we live in the cell house, in these cages, and they don't deserve that,” said inmate Lamar Hal.

The cats have a jungle gym, places to lounge and sleep.

"The cats are getting lots of interaction. A lot of them have come from bad situations, so it's helping them to be better with people,” said Kara McEntire of the Pendleton Correctional Facility.

For the offenders, who are in the maximum security prison for some serious crimes, the interaction with the animals provides positive moments in an otherwise tough reality.

"A love will change the characteristics of from anybody's tortured past, that goes for animals and humans really,” said Matlock.

“It instills a little bit of humanity back into me because I've been locked up for over seven years. These animals they help bring that back out,” said Hal.

"I've had offenders tell me that when they got an animal it was the first time that they can remember that they were allowing themselves to care about something, pretty powerful statement,” said Stringer.

"Here I want to say three things to those people out there in the world, three things, adopt, help and donate, that's what these guys need,” said Hal.