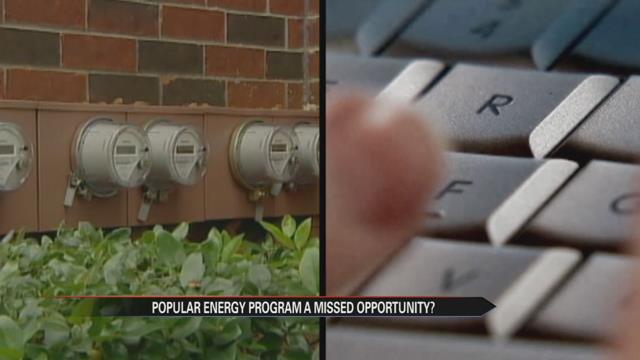 A new report from the Indiana Utility Regulatory Commission says the state may have made a mistake by powering down a popular energy efficiency program.

According to the report by the Indiana Utility Regulatory Commission, Energizing Indiana created more than 18,000 jobs state-wide.

The program lasted three years. During that span, the report found it reduced energy use and also saved ratepayers money.

Lawmakers voted last year to end the program after opponents said it was too expensive. They also felt it weakened the state in its competition for large energy consumers.

Now some energy leaders are calling this a missed opportunity, saying the report emphasizes the benefits that come with energy efficiency.

“Not only are we creating more jobs by investing money in energy efficiency, we're reducing air pollution," said Kerwin Olson, executive director at the Citizens Action Coalition and energizing Indiana.

"We're reducing water pollution and moreover we're reducing the monthly energy bills of struggling Hoosier consumers, putting money back in the pockets of the folks that are going to spend it.”