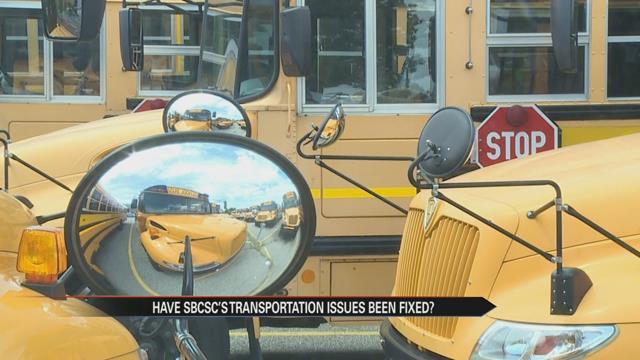 With eight days until the first day of school, the bus stop is a daunting thought for some South Bend parents.

When school wrapped up in the spring, Nicole Clemons was among the many parents at their wits end.

“At one point my daughter asked me if I could just home school her because she was late to school so many times within three weeks,” said Clemons.

With daily delays, the busses were often one or two hours late picking kids up and bringing them home.

Working parents were forced to rearrange their schedules and kids missed valuable time in the classroom.

“Our thing is 'trending toward the best.' We’re going to be better, we’re going to do things better,” said Falkner.

Falkner, beginning his second year with the district, says bus routes are usually looked at every five years to make sure they are still efficient but it hadn’t happened since 2003.

Rerouting this year allowed the district to cut 40 of the 215 routes.

“Requiring the best out of people. I don’t want somebody here that’s not going to give you their best. When I have your child here riding our bus we want that driver to be able to give that child the best that they deserve,” said Falkner.

To ensure drivers are prepared to handle each child’s unique circumstances, they will go through more training. Falkner hopes the provide trainings monthly.

While there’s enough drivers to cover the routes, Falkner says additional routes could be added and they are still looking to hire additional substitute drivers.