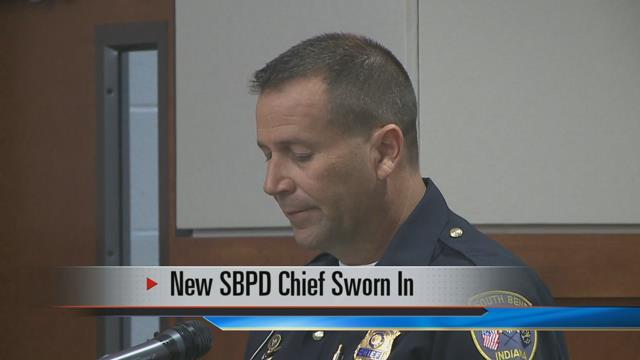 Thursday afternoon South Bend’s new police chief was sworn-in, and he’s got some changes up his sleeve.

Ruszkowski wasted no time talking about the connection he wants police to make in the community.

The new chief says he sometimes sees a disconnect between citizens and the officers who serve them.

He says the most important part of his job is people, and he wants that reflected in the department.

Ruszkowski says community policing is the answer, but it will take effort from both sides.

“I challenge people too to go up and introduce yourself to a police officer. Ask them about themselves. Cops want to tell their story,” Ruszkowski said.

He says he will encourage his staff to do the same.

He’s also working toward new technologies for the department.

The chief says South Bend Police are working toward getting tablets and body cameras for the officers.

He says they already have the data capacity for cameras, but will need to search for the most cost-effective model to save taxpayer dollars before moving forward