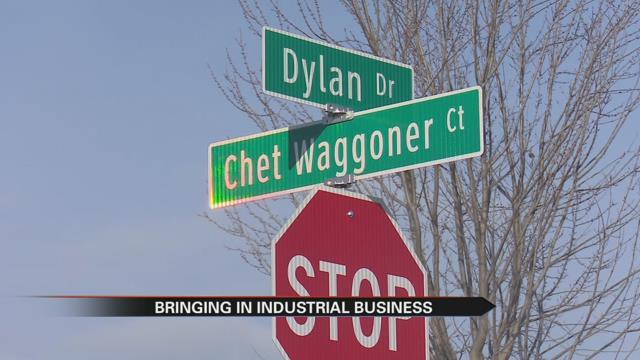 Dylan Drive hosts industrial companies, and the city hopes Chet Waggoner Court will do the same.

“Having this new road means having new infrastructure, new possibilities for the land here,” Mayor Pete Buttigieg said at the ribbon cutting Wednesday.

The city is hoping this new road encourages even more businesses to move in.

The public and private players are working in reverse.

”If you build it they will come,” Great Lakes Capital Director of Development Jeff Smoke said.

Great Lakes recently began leasing to AM General at a site they built on Dylan Drive.

“We actually had a lease with AM General signed before the shell was even completed,” Smoke said.

The company now has another large building planned for Chet Waggoner Court.

While it’s still unknown which company will move into that new building, Buttigieg says the new street is just the second phase of a thriving industrial park.

“I can’t wait to be out here cutting a ribbon not just on a road but a business that’s here because of the road,” Buttigieg said.