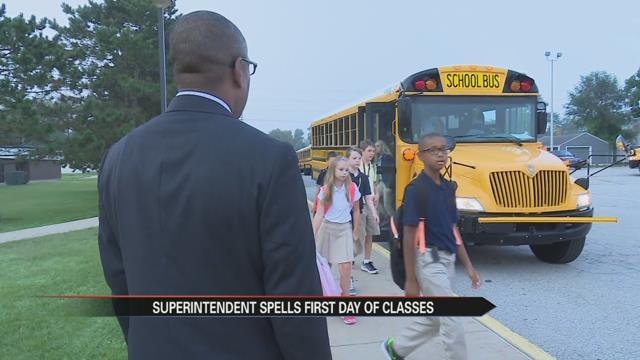 “It’s students’ first day back. They’re very excited and ready to get to work. So there’s nothing like today,” Spells said.

The superintendent is new to South Bend.

Last year he headed a district in Illinois.

He’s still got his work cut out for him.

SBCSC schools have a history of losing students to other districts, and parents have given him plenty of suggestions already.

He’s heard from parents, and says he believes that student success has to come first.

“I’m looking forward to getting out to the high schools and really talking to the students, because I think they need to be part of the process,” Spells said.

Before making major changes, the superintendent says he also needs to raise awareness of the strengths the district already has, to market the district.

“We have an amazing staff. We have amazing principals,” Spells said.

Spells is continuing his listening tours, meeting with the community.